By Louise Uwacu, Special for USDR 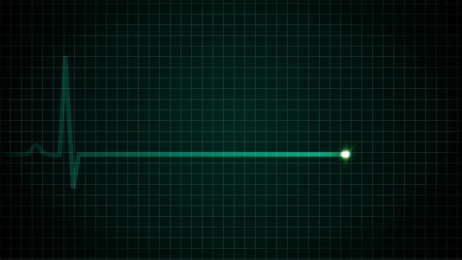 What if U&I could go to heaven without dying? Would you still be afraid of Death?
What is it about NOT knowing whether you will still be here tomorrow, that scares so many of us?

As for me, I have come to think that Death is scared of me! Or maybe it just loves to flirt with me?

I was there in Rwanda, while millions of my people died. And what did Death do, when it came time for me to be another statistic, another number among the countless dead? Well… it chickened out!

OK, maybe not exactly. So we paid and paid moneys on moneys at every deadly encounter, and all over sudden Death had some respect for human life! MONEY!

Do you think that’s all it takes to cheat Death? Billionaires would wish!

I also had to make an infinite amount of mystical invocations and prayers. I promised. I bargained. I pleaded and begged to the Supreme Being “IMANA”. And unfortunately, I was heard and I was answered! I am still alive. Damn!

Twenty years later, I have yet to prove myself wrong. I have yet to fail to deliver on my own prayers. So the lesson that I would like to share with all those of you out there who are still scared of Death, sudden Death, horrible Death, beautiful Death, young Death… etc.

Is that I suggest that you by pass the experience of horror things such as genocide in order to get this point. And you simply jump to making new promises, and preferably also get to answering your own prayers.

This is an ancient saying meant to serve as a warning that no one is truly equipped to bargain, to pray and to ask for anything from the almighty. And if you do, YES of course you may get what you prayed for. But it will always be less than what you actually deserved! Why?

Because no one has that infinite vision to see what else would have been out there, if we could just be grateful for what we already have and do the best with our present blessings. We were supposed to be here to make the Supreme Being proud to have trusted us with whatever uniqueness we all have. Instead of being here afraid of living, complaining about life, or asking, praying and ultimately getting less than what we are owed, due to our own lack of deeper wisdom!

And this brings me to conclude that many of us are probably going to have to learn how to give Death that middle finger. No matter how impolite that may sound, we are going to have to face Death and dare it to come anytime, anywhere. We are not scared any more. It is too late.

U&I now understand that there is Infinity in Everything … including human life beyond human body’s expiry dates. I see Alive People everywhere! And we have a new question; To flirt with Death or not to flirt with Death? ONE is living.

This has been another stream of Light from Louise UWACU. Host & Executive Producer of U&I TALK SHOW. Speaker and Author of “The Nightmare of a POSITIVISION” and Author of “The WRITIVIST* WAR is WRITE”.
Contact: http://www.uwacumedia.com/