By Candace E. Salima, Contributor to US Daily Review 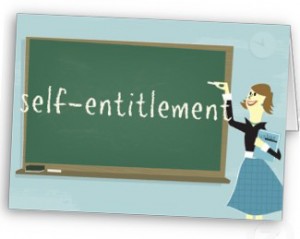 Steven and Kathryn Miner, now in their twenties, filed a lawsuit against their mother two years ago, egged on by their father, who is an attorney. The suit was based on “bad parenting,” because…and brace yourself…college care packages were inadequate, homecoming budgets insufficient, and being forced to have a curfew. Source I have to admit, I was left somewhat speechless at the sheer audacity and self-entitled attitude of this woman’s children.

One of my greatest fears in this battle for America we are waging is that we will win. America’s economy will be restored, we will restore a constitutionally-limited government, America’s future will be bright once more, and we will then turn it over to the next generation…who is fond of suing their parents for pathetic and petty reasons. It would seem the battle is lost before it’s ever begun.

However, a noted religious authority once said, “If the family unit fails, the nation will fail.” And as I look around at America today, the family is under attack from every quarter. At school, the children are told their parents can’t help them. On television, parents are portrayed to be goofy and somewhat stupid. These types of shows do great damage to the family dynamic and as such, to the nation.

If I didn’t know better, I think I’d throw my hands up in the air right now and walk away. Fortunately for me I know a great number of the 20-30s generation who give me great hope, and they are NOT the Steven and Kathryn Miners of the world. Despite the constant bombardment from every quarter, there are young men and women who hold to that course. I feel secure, despite the utter ridiculousness that began this article, that there are enough straight-thinking young men and women to whom we’ll safely transfer America into their hands.

One might ask how we can be assured that our young men and women have their priorities straight, understand the value of family, and step out into the world assured of their place in it. It is not as difficult as one might think. That same noted religious authority gave four steps that would unite families once again, and even turn society around within a generation or two, should families be willing to:

Not very difficult, but a nation’s salvation rests upon these very simple principles.

Candace E. Salima is a syndicated talk show host, author, and columnist. Learn more about her at www.CandaceSalima.com.