Tony Blankley was a very important political player in the 1990s, though most Americans are not familiar with his name. His former boss, Newt Gingrich, released the former statement about Blankley’s passing from stomach cancer: 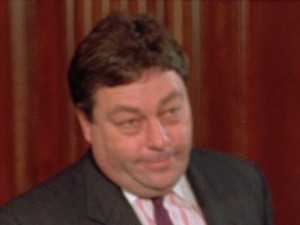 Tony was a remarkable life force. His father had been Churchill’s accountant. After World War II their family moved to Hollywood where his dad worked in finance in the movie industry. Tony was a child actor and had a remarkable understanding of the movie industry.  Tony grew up as a Reaganite and worked for the Governor in Sacramento. He then came to Washington with President Reagan and worked in the Department of Education.

Tony came to work with me when I was the House Republican Whip. He helped develop and communicate the Contract with America.

Tony was my press secretary during the exciting and intense period of the Speakership, the government shutdowns, and the lengthy and demanding negotiations with President Clinton which culminated in welfare reform and the key steps toward a balanced budget.

After the Speakership Tony went into communications planning at Edelman Public Relations, became a TV commentator and wrote a very important book on the threat radical Islam posed to European civilization.

He was a wonderful friend, a sage adviser, and a man who loved life. He was deeply in love with Lynda and his children. He took more pleasure in her professional achievements than his own.

Callista and I will miss him. Our hearts and our prayers go out to Lynda and the family.