By Transportation.org, Special for US Daily Review. 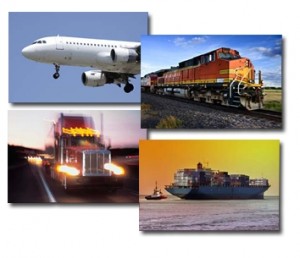 In the calm between the holidays, it’s time to consider what lies ahead in the new year for the transportation community – federal and state legislators, state departments of transportation, and the transportation industry at large.  Many of these issues mirror the challenges facing the entire nation:  job creation, funding shortfalls, integrating new technology into older systems, aging infrastructure.

From its vantage point as the voice of transportation, the American Association of State Highway and Transportation Officials offers this look at the top 10 issues that will be talked, written, or tweeted about and legislated in the year ahead.

# 1: Enacting a long-term transportation bill: The eighth extension of SAFETEA-LU ends March 31. The Senate Environment and Public Works Committee has advanced Moving Ahead for Progress in the 21st Century (MAP21), a bill reauthorizing the nation’s surface transportation system for two years; and the Commerce, Science, and Transportation Committee approved the legislation’s four safety, freight, and research components. Action by the Banking Committee on the transit title is expected early in 2012. The legislation next awaits financing recommendations before moving to the Senate floor. In the House, Speaker John Boehner, R-Ohio, and Transportation and Infrastructure Committee Chairman John Mica, R-Florida, have pledged to move a multiyear reauthorization bill early in the year.

“Enactment of a bill is a significant priority for state departments of transportation and the industry as a whole,” said AASHTO Executive Director John Horsley. “We know that transportation has both short-term and long-term benefits for our country – immediate job creation that fixes real problems facing drivers every day and benefits that also create stronger economic development opportunities while promoting a better quality of life in our communities.  In 2012, let’s finish the job!”

# 2: Managing in lean times – how states address the problem of the nation’s aging bridges, highways, and transit systems with stagnant or reduced funding:  The situation is obvious – the transportation system built largely in the 1970s and 1980s is deteriorating faster than our ability to keep up. The primary funding mechanism – the federal gas tax – has not been increased since 1993, and states are facing severe budget shortfalls that are adding pressure on their ability to match federal funds.

Absent increased funding, State DOTs are using innovation, new technologies, smarter management practices, and a host of other tools to ensure their scarce resources address the key problem areas.  Many are also refocusing their priorities on preserving and maintaining the existing system.

In 2012, watch for more vehicle-to-vehicle communications, greater use of intelligent transportation systems, accelerated bridge construction, new paving techniques, and “practical design strategies” among other techniques. Also in 2012, AASHTO will issue a new report on the state of the nation’s roads and efforts to modernize the system.

# 3: Responding to and planning for natural disasters: From snow storms and 500-year floods, to massive tornadoes, rock slides, and earthquakes, state DOTs must respond – and quickly – to natural disasters.  In 2012, more planning is in the offing for climate adaptation and smarter disaster response plans.  States will also continue to use new technologies such as the snow tow-plow and increase use of their 511 systems and Twitter to keep the public informed.

# 4: Reducing traffic deaths:  2010 marked the lowest number of vehicle fatalities in the past 61 years.  Although non-fatal crashes also declined, the number of injury crashes increased slightly. The number of people killed in crashes involving large trucks rose almost 9% from 2009 to 2010, and pedestrian and motorcycle-related fatalities also increased. In the year ahead, look for more bans or restrictions on texting and cell phone use while driving; new and improved safety features in automobiles and fleets; targeted investments in infrastructure to save lives; and continued public awareness campaignsabout distracted driving. Next year, watch for action by stakeholders on the campaign “Toward Zero Deaths.”

#5: Increasing the visibility of transportation as an issue in the upcoming presidential campaign:  How will the candidates address the long-term transportation needs faced by the United States in the coming years? What role do they see being played by the federal government? What ideas do they have for reviving the construction industry – a significant sector of the economy?

#6: Generating new ways to fund transportation:  How to fund transportation will be a key consideration for many state legislatures in 2012, particularly as the cost of construction materials begins to rise after falling or remaining flat for several years.  Issues on the table will include raising the state portion of the gas tax; automatically adjusting the existing rate for inflation; expanded use of tolling; and state infrastructure banks. At the federal level, TRIP Bonds and ways to generate morepublic-private partnerships could be considered. Studies on new user-fee mechanisms are also expected.

#7: Advancing intercity passenger rail:  States will move ahead on billions of dollars worth of construction and improvement projects. Increasing passenger ridership in key corridors will improve operating revenues. Work ranging from laying new track and rebuilding train stations to purchasing new “next-generation” rail cars is expected to boost employment, the nation’s manufacturing base, and economic development around key stations.  In January 2012, AASHTO will issue a new reportshowing the significant impacts being felt by this investment in passenger rail.

#9: Serving a growing elderly population, both rural and urban:  13% of the country’s population – about 40+ million people – is aged 65 or older.  Almost one out of eight live in rural areas.  Solutions to serving this population, such as increased transit in cities and rural areas, and educational programs for older drivers, will become more necessary in the year ahead to ensure that this segment of the population remains mobile.

#10: Responding to new stormwater reforms and other environmental regulations:  New federal rules and requirements will require state DOTs to find the best methods available to control stormwater and protect the environment, particularly wetlands, while expediting project delivery.  Watch for increased sharing of best practices.  In early 2012, AASHTO will issue Leaner and Greener, Sustainability at Work in Transportation, which will include practices and programs from a dozen transportation agencies.

The American Association of State Highway and Transportation Officials (AASHTO) is the “Voice of Transportation” representing State Departments of Transportation in all 50 states, the District of Columbia and Puerto Rico. AASHTO is a nonprofit, nonpartisan association serving as a catalyst for excellence in transportation. Follow us on Twitter at:http://twitter.com/aashtospeaks