By The Heritage Foundation, Special for US Daily Review. 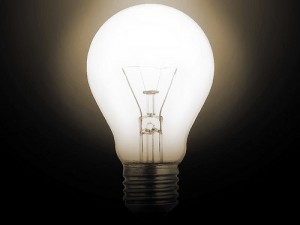 Waging a war on light bulbs was not a bright idea.

Hindsight is supposed to be 20/20, but looking back on the past 12 months, it’s tough to see any sense in many of the Administration’s regulatory missteps. Of course, there are bound to be a few howlers when government churns out more than 3,500 rules in a year, including dozens unleashed by Obamacare, Dodd–Frank, and the perpetually errant Environmental Protection Agency (EPA). But by any standard, 2011 brought forth a remarkable number and variety of regulatory blunders.

Fair warning: Our Top 10 list may prove fatal to any bit of faith in government as a “fixer,” if faith somehow has managed to survive despite all evidence to the contrary. In any event, it should steel our resolve to fight the Leviathan in the coming year.

1. The Dim Bulbs Rule. As per Congress, of course, for issuing an edict to phase out the incandescent light bulbs on which the world has relied for more than a century. With the deadline looming in 2012, Americans by the millions spent the past year pressing lawmakers to lift the ban which, contrary to eco-ideology, will kill more American jobs than create “green” ones. (Congress evidently overlooked the fact that the vast majority of fluorescent bulbs are manufactured in China.) The 2012 appropriations bill barred the use of funds to enforce the regulation, but it remains in law.

2. The Obamacare Chutzpah Rule. The past year was marked by a slew of competing court rulings on the constitutionality of the individual mandate, the cornerstone of Obamacare. The law requires U.S. citizens to obtain health insurance or face financial penalties imposed by the Internal Revenue Service. Never before has the federal government attempted to force all Americans to purchase a product or service. To allow this regulatory overreach to stand would undermine fundamental constitutional constraints on government powers and curtail individual liberties to an unprecedented degree.

3. The Nationalization of Internet Networks Rule. Regulations that took effect on November 1 prohibit owners of broadband networks from differentiating among various content in managing Internet transmissions. (In other words, the Federal Coercion Communications Commission effectively declared the broadband networks to be government-regulated utilities.) The FCC imposed the “network neutrality” rule despite explicit opposition from Congress and a federal court ruling against it. The rule threatens to undermine network investment and increase online congestion.

4. The Equine Equality Rule. As of March 15 (the Ides of March, no less), hotels, restaurants, airlines, and the like became obliged to modify “policies, practices, or procedures” to accommodate miniature horses as service animals. According to the Department of Justice, which administers the rule, miniature horses are a “viable alternative” to dogs for individuals with allergies or for observant Muslims and others whose religious beliefs preclude canine accompaniment.

5. The Smash Potatoes Regulation. The U.S. Department of Agriculture proposed stricter nutrition standardsthat would prohibit school lunch ladies from serving more than one cup per week of potatoes per student. Instead, schools would be required to provide more dark green, orange, and dry bean varieties (think kale) in order to foster vegetable diversity. The cafeteria mandate will affect more than 98,000 elementary and secondary schools at a cost exceeding $3.4 billion in the next four years.

6. The Bring on the Blackouts Rule. The EPA is proposing to force power plants to reduce mercury by 90 percent within three years—at an estimated cost of $11 billion annually. A significant number of coal-fired plants will actually exceed the standard—by shutting down altogether. Indeed, grid operators, along with 27 states, are warning that the overly stringent regulations will threaten the reliability of the electricity system and dramatically increase power costs. Just like candidate Obama promised.

7. The Wal-Mart Windfall Amendment. One of hundreds of new regulations dictated by the Dodd–Frank financial regulation statute requires the Federal Reserve to regulate the fees that financial institutions may charge retailers for processing debit card purchases. The prospect of losing more than $6 billion in annual revenue is prompting financial institutions to hike fees on a variety of banking services to make up for the much smaller payments from stores. Thus, consumers are picking up the tab for retailers’ big regulatory score.

8. The Plumbing Police Rule. The U.S. Department of Energy began preparations for tightening the waterefficiency standards on urinals. It’s all spelled out in excruciating detail in the Energy Conservation Program for Consumer Products Other Than Automobiles, which also regulates the efficiency of toilets, faucets, and showers. And refrigerators and freezers, air conditioners, water heaters, furnaces, dishwashers, clothes washers and dryers, ovens and ranges, pool heaters, television sets, and anything else the Energy Secretary deems as electrically profligate. (Urinals also are regulated by the Occupational Safety and Health Administration, which requires at least one urinal for every 40 workers at a construction site for companies with less than 200 employees and one for every 50 workers where more than 200 are employed. The Americans with Disabilities Act also delineates the proper dimensions and placement of bowls.)

9. The Chill the Economy Regulation. The EPA issued four interrelated rules governing emissions from some 200,000 boilers nationwide at an estimated capital cost of $9.5 billion. These boilers burn natural gas, fuel oil, coal, biomass (e.g., wood), refinery gas, or other gas to produce steam, which is used to generate electricity or provide heat for factories and other industrial and institutional facilities. Under the so-called Boiler MACT, factories, restaurants, schools, churches, and even farms would be required to conduct emissions testing and comply with standards of control that vary by boiler size, feedstock, and available technologies. The stringency and cost of the new regulations provoked an outpouring of protest, including 21 governors and more than 100 Members of Congress. On May 18, the EPA published a notice of postponement in the Federal Register, but the regulations remain on the books.

10.  The Unions Rule Rule. New rules require government contractors to give first preference in hiring to the workers of the company that lost the contract. Tens of thousands of companies will be affected, with compliance costs running into the tens of millions of dollars—costs ultimately borne by taxpayers. The rule effectively ensures that a non-unionized contractor cannot replace a unionized one. That’s because any new contractor will be obliged to hire its predecessors’ unionized workers and thus be forced by the “Successorship Doctrine” to bargain with the union(s).