The Trayvon Martin case, which has electrified the news media in recent weeks, is an undeniable tragedy to people who possess functioning consciences. Indeed, it is a shame that the consciences of many have been seared by the white hot iron of partisan politics. All decent human beings should be behind Trayvon Martin’s family in their quest for justice in the deplorable shooting death of their teenage son. However, as we have seen with most issues in the age of Obama, Republicans believe that everything Obama says can and should be turned into a truncheon to beat him over the head—almost with perilous disregard of the electoral consequences of such irresponsible political criticism.

Those were the seemingly benign words that Obama carefully articulated on a very emotionally charged topic, yet Republicans still managed to argue that those words suggest that Obama is everything from a divisive race-baiter-in-chief to a person who condones the savage killing of Caucasian teens. 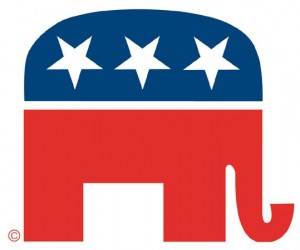 While I can understand the political impulse of the Republicans to jump on every apparent weakness of a sitting Democratic president, it is not unreasonable to expect Republicans to be more discerning about what issues can be considered fair game politically, and what issues are unequivocally sacrosanct. If there are any issues that should not be used in the game of political brinksmanship, the death of a teenager would inarguably be one of them. However, Republicans have demonstrated with this Trayvon Martin case that there is literally no moral line.

The sad fact is that whenever race is involved in any way that does not jibe with the preposterous colorblind narrative that some conservatives have injudiciously made a crucial pillar of their worldview, conservatives in the media will be deliberately deceitful in order to expunge race where race is relevant. Rather than acknowledging that George Zimmerman has demonstrated an irrational problem with young, black males, likely racially profiled Trayvon Martin on the night that he shot him, and that he used a racial slur on the 911 tape, conservatives are vigorously advancing the nonsensical theory that the case has absolutely nothing to do with race.

As if that is not bad enough, due to the fact that Obama, Sharpton, and Jackson took the side of the black teen victim, right-wingers instantly took to their websites to begin a posthumous demonization campaign of the victim, which included posting fake “gangsta” pictures of the dead Trayvon Martin juxtaposed with a suited George Zimmerman. Aside from the bigoted imagery, even more egregiously, prominent conservative bloggers engaged in racist language by suggesting, falsely, that the liberal media lightened Trayvon’s picture to make him look more “innocent.” To suggest that lighter skin is emblematic of innocence, whereas darker skin is more threatening and reflective of criminality is shockingly bigoted.

Chidike on the Price of Business discussing this article.

In short, we are at a point where the intellectually rich ideology of conservatism has been appallingly reduced to simply meaning “opposition to Obama.” This is not how thinking conservative people reason. Although Obama defies conservative principles in many ways, it does not necessarily mean that everything Obama says is against conservatism. It is entirely possible to agree with Obama on a non-partisan issue, and it is also possible to agree with Obama while employing different reasoning to arrive at the same conclusion. It is nothing more than hyper-partisan stupidity that would lead people to believe that if Obama supports a victim, the morally correct position would be to support the killer, in defiance of facts, law, logic, evidence, and reason.

Obama-era politics has become so embarrassingly politicized that if Obama were to say something as manifestly truthful as: “Satan is evil!” the likelihood is incredibly high that we would see Republican critics breathlessly arguing that we must wait for all the facts to come in on Satan, citing the fact that he was once a beautiful angel in Heaven who produced melodious gold, and finding pictures of a suited Satan to juxtapose with fake pictures of dead victims.

Fundamentally, what Republicans have done with their coverage of this case is harmed their chances with independents and minorities in the election set to occur later this year. Independents do not possess the ideological rigidity of Democrats and Republicans. The factors that sway independents are arguably ineffable, but likability is incredibly important. When—save for a few honest intellectuals—an entire party takes the transparently wrong side of an issue just to spite the incumbent president of the opposite political party, it turns off independents. Nobody wants to support a party that revels in the vilification of an innocent minor who was shot dead by a crazed, bigoted vigilante—even if that party’s economic policies are more efficacious than that of their opponents.

Obama has been a disaster as president of the United States. Given that his signature policies have utterly failed, it is peculiar that Republicans have chosen to fixate on his perfectly tolerable comments showing empathy about the death of an innocent minor. Republicans may think they are being clever, but all they have done with such irresponsible political criticism is given life to the liberal characterization of Republicans as morally depraved people who eagerly politicize non-partisan issues to spite their political opponents.