By TVLand.com, Special for US Daily Review.

TV Land, home to America’s favorite sitcoms, has partnered with world-renowned Dr. Lee Berk, DrPH, MPH, a preventive care specialist and psychoneuroimmunologist, for a breakthrough study titled “The Power of Laughter” showing a direct correlation between laughter and the positive effects on the body and mind.  In fact, watching sitcoms, a staple on TV Land, can contribute to improving your overall health.

Some key findings include:

A basic necessity, 92% of people agree that everyone needs laughter in their life, with humor about everyday life ranking as the #1 type of humor.  While almost everyone recognizes the importance of laughter, 55% of people in the study can be defined as heavy laughers versus 45% of people who are recognized as occasional laughers, almost an even split.

The study, titled “The Power of Laughter,” was conducted in October 2011 via an online survey nationally representative by gender and ethnicity.  The survey measured 1200 people ages 21-59 plus an augment of TV Land viewers. 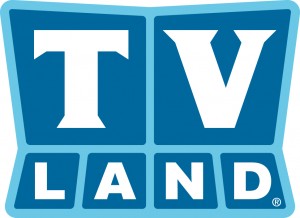 “After you’re done with the stress of everyday work, planning the family meals, and dealing with your in-laws, balance the pressures of the holidays with the health benefits of laughter,” states Dr. Berk.  “Our study validates that watching sitcoms like the ones on TV Land is the number one way people seek out and find laughter.  That is very significant since this is an accessible way, be it alone or with others, that Americans can obtain the psychological and physical benefits of laughter such as feeling less stressed and depressed, having more optimism and vigor, along with lowering blood pressure, stress hormones and enhancing components of immunity.”

“It’s been said before that laughter is the best medicine, and we have seen that firsthand working with sitcom greats like the ones featured on TV Land,” said Larry W. Jones, President, TV Land.  “What’s interesting is how something as seemingly simple as watching sitcoms is now shown to be connected to affect physical and psychological health and well-being.  This research debunks the stereotype of a couch potato when, in fact, the laughter derived from watching sitcoms has many benefits.  My holiday wish is that everyone watches more TV Land this year – after all, it’s good for you!”

A whopping 88% of people agreed that laughter helps you deal with the seriousness of life. Whether it’s due to the effects of years of financial market instability, almost a decade of war or individual experiences, the need to laugh came through in many ways in the “Power of Laughter” survey and that the benefits of laughter are plentiful.  Eighty-eight percent of people agree that the more you laugh, the less stressed you feel and 63% of people believe that laughing makes you more relaxed.

The television industry is currently seeing the benefits of people wanting to laugh as sitcoms on TV are seeing a massive resurgence. Seventy-one percent of people believe “watching a funny TV show” is the #1 laugh-inducing activity.  In fact, “Hot inCleveland’s” Betty White is the top celebrity that makes people laugh the most.  Among TV Land viewers surveyed, TV Land was voted funnier than the broadcast networks netting out with TV Land at 62%, CBS with 51%, NBC at 50%, ABC with 45% and Fox at 42%.

Laugh Yourself to Good Health

In addition to having less stress, the “Power of Laughter” study showed people who laugh more are more likely to: maintain their target weight (48% vs 42%), exercise vigorously (68% versus 53%) and eat healthier with heavy laughers reporting to be 39% more likely than occasional laughers to eat fruits and vegetables with every meal.  Seventy-six percent of all of those surveyed and 84% of heavy laughers agree “my health improves when I laugh more.”

Good sexual health is also a benefit of laughter. Almost 60% of heavy laughers describe their sex life as “just right” versus 44% of occasional laughers. Additionally, heavy laughers are more likely than occasional laughers to participate in romantic activities everyday or several times a week.  Whether or not romantic activities are at play, 55% of people agree that laughing increases their libido and 54% of people agree that laughter is an aphrodisiac.

Want to get a job? Try Laughing More

Interestingly, there is a very social aspect to heavy laughers. Furthermore, heavy laughers actually draw people to them. Almost 90% of people agree that laughter brings people together.  Forty percent of heavy laughers socialize with their friends several times a week versus 28% of occasional laughers.  Additionally, 89% of people agree that laughter is contagious and 76% of people are more attracted to people who laugh a lot.  In fact, people find sense of humor to be the #1 quality that people find attractive in a person over other traits like physical appearance and intelligence.

With a roster of original sitcoms including “Hot in Cleveland,” “The Exes” and “Happily Divorced” as well as contemporary classics like “Everybody Loves Raymond” and “Roseanne,” it makes sense that encouraging laughter is something that is in TV Land’s core fabric.  The channel’s new tagline “Laugh More” is not only a call to action but is clearly just plain good for all of you – mentally, physically and socially.

TV Land and all related logos and titles are trademarks of Viacom International Inc.

TV Land is the programming destination featuring the best in entertainment on all platforms for consumers in their 40s and 50s. Consisting of original programming, classic and contemporary television series acquisitions, hit movies and a full-service Web site, TV Land is now seen in over 98 million U.S. homes.