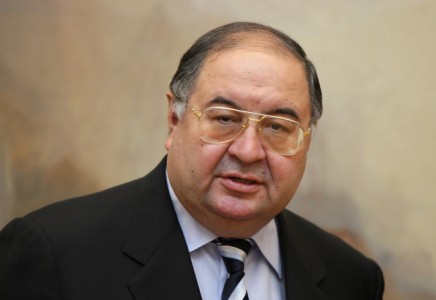 Russia’s 10 richest individuals lost as much as US$6.6 billion, or 4.7% of their combined net worth, according to a Wealth-X estimate, after the country’s benchmark Micex index plunged nearly 11% last week due to escalating tensions between Russia and Ukraine.

Alisher Usmanov (pictured) – the country’s wealthiest man with interests in mining, telecommunications, media, and sports, including a more than 30 percent stake in Arsenal Football Club – lost US$1.7 billion after a week of market turmoil, shrinking his personal fortune from US$20 billion to US$18.3 billion.

The Uzbek-born Russian oligarch reportedly invested US$97 million to build communications infrastructure, a sports complex, and a standby technical centre for the recently concluded winter Olympics in the Russian resort town of Sochi.

Among the billionaires who appear in Wealth-X’s list of the top 10 richest Russians, Vladimir Potanin – the president of Interros, one of Russia’s largest private investment companies – lost the largest chunk of his fortune in the past week. Potanin’s net worth was reduced to US$10.4 billion after he lost about US$2 billion.

The current combined net worth of the top 10 wealthiest Russians is US$133.7 billion, compared to US$140.3 billion, where it stood prior to the recent escalation in tensions between Russia and Ukraine.

Below are the top 5 wealthiest Russians and their net worth: