A top immigration fraud expert tells of fraud and national security risks in our legal immigration system and what should be done about it, in a new video series from the Center for Immigration Studies.

Louis “Don” Crocetti, Jr., architect and former (retired) chief of the Fraud Detection and National Security Directorate (FDNS) of U.S. Citizenship and Immigration Services (USCIS), discusses the nature and volume of fraud detected, actions taken to combat it, and vulnerabilities that continue to exist, while simultaneously being responsive to qualified applicants.

Mr. Crocetti says in the introduction video, “The principal types that we’re talking about that have the double digit rates that exceed 10 to 20 percent in some areas, perhaps even 30 to 40 percent in others, do track back to more of the employment-based and asylum applications and petitions. Marriage obviously has a double digit fraud rate – below 20 percent – but in my opinion, that is pretty significant.” 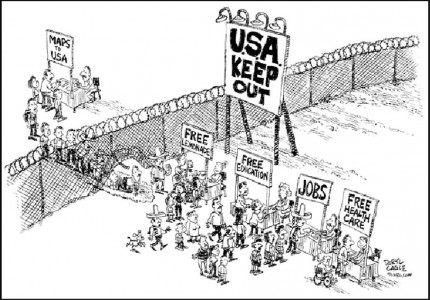 Crocetti’s observations and recommendations take on new importance as the Senate debates the Schumer-Rubio bill, S. 744, which would dramatically expand guest worker and legal immigration programs, as well as legalize an estimated 11 million illegal aliens. The union representing 12,000 USCIS employees who administer these programs announced its opposition to the bill on Monday, warning of fraud, among other things. The union’s president said “USCIS adjudications officers are pressured to rubber stamp applications instead of conducting diligent case review and investigation.”

The interview can be viewed online at: http://cis.org/CISInterviews/Don-Crocetti-USCIS-FDNS

Among the points made by Crocetti: