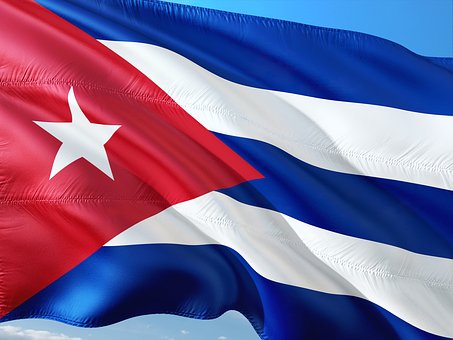 By University of Maryland’s Robert H. Smith School of Business, Special for  USDR

No one is quite sure what’s behind the wave of sonic attacks in Havana that are said to have harmed at least 21 American diplomats and their family members. The matter remains a mystery. It’s also a setback, says Rebecca Bellinger, managing director of the University of Maryland’s Robert H. Smith School of Business Office of Global Initiatives and Center for International Business Education and Research  (CIBER).

In the wake of the reported illnesses, the U.S. ordered home its non-emergency, non-essential personnel. It is otherwise maintaining embassy  operations.

Still, the reduction in staff there is already hampering some economic development in Cuba, with fewer embassy workers there to advocate for the advancement of U.S. private business interests in  Cuba.

“It leaves U.S. companies almost on their own to protect their interests and their agreements with state-owned enterprises in Cuba,” says  Bellinger.

She expects some of the larger expansion projects to continue, such as the ones that JetBlue, United, Airbnb and American Airlines are working on. “However, it is really unclear at this point how many other U.S. companies are going to be stalled from developing interests on the island,” she  says.

Meanwhile, in Washington, D.C., some 15 Cuban Embassy staffers in D.C. were expelled from the United States, staffers who were working in the area of business and commercial development. Those staffers had been serving as a first-point-of-contact for U.S. companies who are interested in expanding to Cuba, says  Bellinger.

“The Cuban Embassy in D.C. had been providing a matchmaking service for U.S. companies and state-owned enterprises,” she says, explaining that, because of lingering restrictions, U.S. businesses who want to operate in Cuba as a foreign entity must enter into a joint venture with a state-owned enterprise  there.

“The Cuban Embassy’s Economic and Trade Office,” she adds, “performed other important functions as well – leading business investors on fact-finding missions to Cuba and providing business visas for companies looking to expand operations in  Cuba.”

“Those services are vital for U.S. businesses in an economy that is very difficult to break into,” she  says.

The U.S. State Department has also issued a travel warning to Americans considering travel to Cuba, a fairly routine move, but one that risks stemming the still-small but growing tide of  travelers.

“That has the potential to harm small businesses in Cuba,” Bellinger  warns.

Cuba’s hospitality-driven small businesses had seen the start of a boom since former President Barack Obamaannounced a lifting of the long-standing embargo. In the past year alone, Cuba saw a 74 percent rise in the number of U.S. travelers to the  country.

Now, Cuba is facing a steep dip in the numbers of U.S. travelers. “Soon, we’ll see the economic response. We might see small Cuban businesses that cater to foreign tourists going  under.”

Cuban small business owners are not permitted to import goods directly and are instead reliant on state warehouses and other places where they compete to buy goods with local  residents.

But U.S. economic expansion in Cuba should be about more than just profits for U.S. companies. “It’s about all the things that commercial diplomacy and public diplomacy are meant to do,” Bellinger says. “It’s about advancing democracy and capitalism by providing access to U.S. products and services and  people.”

For now, however, amid the ongoing mystery, that’s on  hold.

About the University of Maryland’s Robert H. Smith School of  Business
The Robert H. Smith School of Business is an internationally recognized leader in management education and research. One of 12 colleges and schools at the University of Maryland, College Park, the Smith School offers undergraduate, full-time and part-time MBA, executive MBA, online MBA, specialty masters, PhD and executive education programs, as well as outreach services to the corporate community. The school offers its degree, custom and certification programs in learning locations in North America and  Asia.