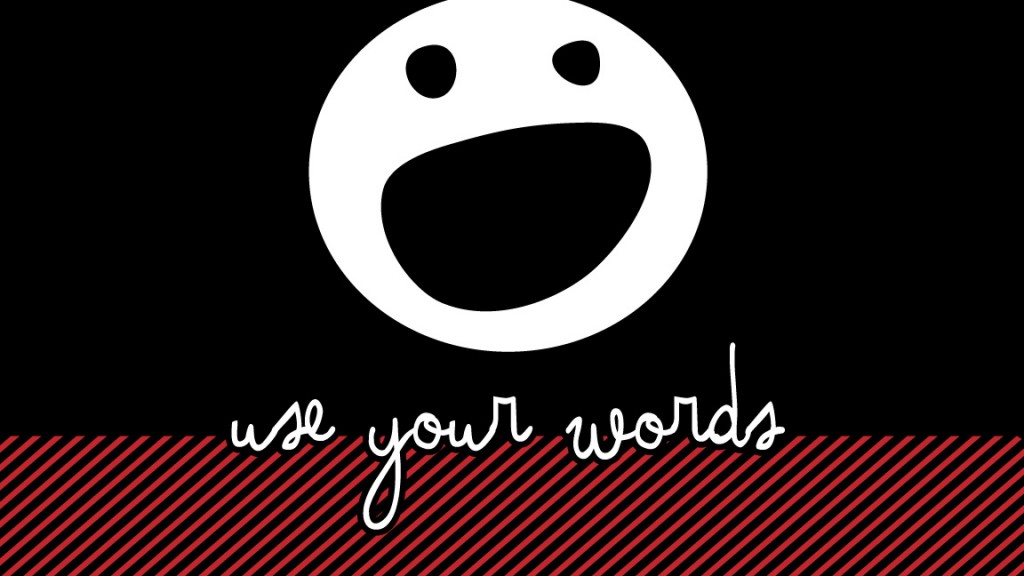 Do you remember hearing those words as a child? I do. Anytime I would get so angry I’d resort to violence, I would hear my mother say “use your words.” Looking at the George Zimmerman/Trayon Martin case and the rash of ‘black on white’ attacks we’ve seen across America ever since, these words keep coming back to mind.

From the man walking in Chicago set upon by a gang of black youths “angry about Trayvon Martin,” to those who set upon the young pregnant woman, to the black youth who attacked the white man because he was also so angry about Trayvon Martin. Seriously people, is there any wonder you get shot at? Each of the victims in the above cases would have been well within their constitutionally given rights to pull out a gun and shoot their attackers.

However, before people completely lose their minds, let’s go back to the lessons of youth, first and foremost: Use your words.

How easily the whole tragedy between George Zimmerman and Trayvon Martin could have been avoided if Martin had learned to use his words. George Zimmerman was the captain of the neighborhood watch. It was his job, as given him by his neighbors, to pay attention to what was going on in the neighborhood. A lone young man, hoodie over his head, in the dead of night, walking through the streets. Yeah, that could be a little bit suspicious. Zimmerman called 911 and began to follow Martin. And yes, the 911 operator, who isn’t a cop by the way, did say he didn’t have to do that.

But this is what we do know happened, according to Zimmerman.

Martin, hearing Zimmerman, turned around and asked him, “Do you have a problem?”

Zimmerman apparently responded, “No.” To which Martin responded, “You do now,” and attacked him.

Witness statements, the 911 tape, and the condition of Zimmerman’s face and head, indicate Trayvon Martin attacked him and was pounding Zimmerman’s head into the pavement.

This is information which has been released to the media, and I have repeated in this article. Now here’s my point. How easily all of this could have been avoided if Trayvon Martin had turned around, been friendly and just pointed out he was headed home to “that” house over there. And if he did indeed go out to get candy, showed the candy and explained what he was doing. Problem solved. No violence. Both would have gone home without incident.

But that’s not what happened. Trayvon Martin is dead. George Zimmerman is on trial for Murder 2. Al Sharpton, Jessie Jackson, Spike Lee and Roseanne Barr, not to mention the New Black Panthers, and millions of Americans, have taken it upon themselves to try the case outside the courts. Because they have done this, and the New Black Panther’s $1,000,000 “bounty” on George Zimmerman’s battered head, violence has erupted across the country.

We would be so much better off in America if parents taught their children to use their words instead resorting to violence right off the bat. How much tragedy, sorrow and anger could have been avoided, if the involved parties had just “used their words.”