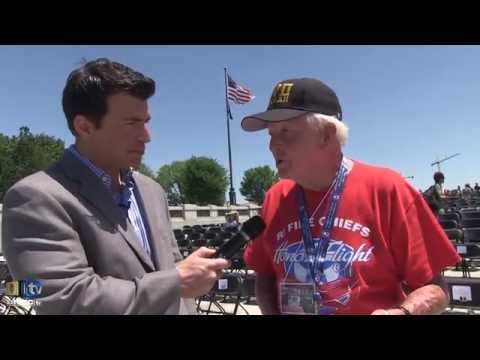 The Bowe Bergdahl controversy has raised questions over two of the country’s most important unwritten rules of warfare.
While television pundits and the political class have plenty to say about the Bergdahl controversy,  MRCTV decided to seek out the opinions of Americans who had served in the military.  So we traveled to the World War II memorial where a ceremony was being held to honor the 70th anniversary of D-Day.
— See the VIDEO:
http://www.cnsnews.com/mrctv-blog/dan-joseph/vets-sound-bergdahl-deal-reprehensible-questionable-inappropriate-dangerous
All opinions expressed on USDR are those of the author and not necessarily those of US Daily Review.