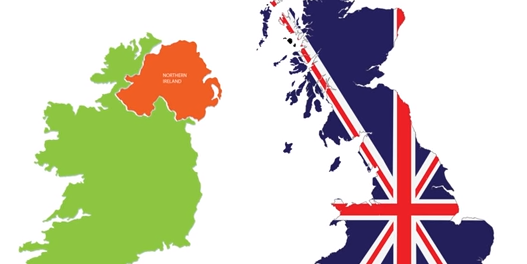 The animated internet video (E-Video) explaining the current Irish/Northern Ireland issue for Americans, the international audience, and general public, has been a huge  success.

Fr. Sean Mc Manus— President/Founder of the Capitol Hill-based Irish National Caucus— said: “In over 40 years, I’ve never seen such an absolute outpouring of support and solidarity. Not even at the height of The Troubles. Sure, it was unfortunate that there was a glitch (since corrected) in the animation giving the impression that Counties Donegal, Cavan and Monaghan were within the boundary of Northern Ireland. That gave some a lame chance to quibble, as if I, a Fermanagh man, would not know that there are not Nine Counties in the Six Counties! Hilarious. However, the line of the Border is not the fundamental point. The fundamental point is the partition of Ireland— not that it is partitioned in a particular way. It is wrong and ridiculous to have such a small country partitioned in ANY way. That is the message of our animated internet video (E-Video). And that is the message to which many thousands are enthusiastically  responding.”

Fr. Mc Manus commented on the rather bizarre reporting of the Belfast Telegraph, which claimed Unionist/Protestant leaders inNorthern Ireland reacted in fury. (“Arlene Foster’s fury at US video describing Orange Order as supremacists and claiming anti-Catholic discrimination is rife in Northern Ireland.” By Rebecca Black. January  29).

Fr. Mc Manus said: “I joke that because the Unionist leaders in 1920 excluded Donegal, Cavan and Monaghan from the new artificial entity of Northern Ireland — abandoning those three counties, and selling out their Protestant brethren— the better to maintain Protestant hegemony, I wanted to give the Unionists back those three  Counties!”

Belfast Telegraph Personifies  Problem
Fr. Mc Manus continued: “However, joking aside, the Belfast Telegraph coverage was deplorable. It sadly reverted to type—proving it had not (as I had naively hoped)— softened its historic image of being the Protestant/Unionist newspaper. I had thought it had moved on from the sad sectarian trenches and was trying to be a modern, secular paper for all the people of Northern Ireland. Its intolerant, fundamentalist and extreme tendency reasserted itself with a vengeance in its Editorial, “Irish National Caucus lies must be challenged.” (January  29).

The most striking thing is that the Editorial never specified or identified one lie— because it couldn’t. It shamefully and cowardly made the irresponsible charge, and left it at that. How appalling for an Editorial. What a betrayal of good journalism. But, as is well known, bigotry and sectarianism can make even smart people dumb. As I said in my initial Press Release launching the E-Video, ‘anti-Catholicism is still a potent and poisonous pathology in that partitioned part of Ireland. I deliberately use the word pathology because I’ve always seen racism /sectarianism as a disease, wherever it appears.’ When I said that, I never expected the Belfast Telegraph would illustrate and exemplify this pathology. That is deeply  disappointing.”

Fr. Mc Manus expanded: “The Belfast Telegraph tries to cover up the point the E-Video makes that if the Protestant Orange Order insists it has the right to march through poor Catholic areas, playing anti-Catholic tunes, and desecrating Catholic Churches by public urination, then that is, surely, an ugly demonstration of the desire for Protestant/Unionist supremacy? What else could it possibly mean? Similarly, the Editorial tries to cover up the truth the E-Video stresses that a significant section of the Protestant/Unionist community resents sharing power with Catholics because they have never really accepted Catholics as equals. The Editorial disingenuously says that “flies in the face of the overwhelming support given to the main unionist parties who make up the Stormont administration.” Yet the writers of the Editorial know better than most it is that very fundamentalist section of the Protestant community that has toppled every Unionist leader who was seen to be going soft on Catholics. Witness in very recent times David Trimble, leader of the Ulster Unionists, and even Rev. Ian Paisley who was not only deprived of his church leadership, but was unceremoniously ousted as leader of the Democratic Unionist Party (DUP). How can the main Protestant /Unionist newspaper in Northern Ireland have the chutzpa to deny this enduring  reality of Unionist politics? Who does it think it’s  kidding?”

Fr. Mc Manus then turned to another key point of the E-Video: “The Belfast Telegraph, of course, did not dare to address the point that anti-Catholic sectarianism is enshrined and condoned in the Act of Settlement 1701, which today still bars a Catholic from being King or Queen of England— an outrageous, ongoing example of State-sponsored anti-Catholicism. Like having a provision in the American Constitution banning a Black person from being President of the United  States.”

However, Fr. Mc Manus felt the Belfast Telegraph showed the most abysmal baize and disturbing lack of professional objectivity by blatantly ignoring all the fervent appeals in the E-Video: for nonviolence, equality, justice for all , unity, peace and forgiveness—and for the building up of the Beloved Community in Northern Ireland. “How can a self-respecting newspaper do that?” he wondered. “And how could the newspaper whip up primitive reactions to  the E-Video as if it were  sectarian, when it is the exact opposite. It is an appeal to end sectarianism and to build up the Beloved Community. How can a newspaper be so appallingly distort the  truth? ”

Fr. Mc Manus explained that before he became aware of the Editorial, he had emailed a letter on February 29 to the Belfast Telegraph regarding the above mentioned article. To date, that letter has not been published. Furthermore. Fr. Mc Manus telephoned the Editor of the Letters page, Mr. Martin Hill: once on Saturday, January 30; and three times on Monday, February 1. Mr. Hill was not available.  Fr. Mc Manus explained: “Despite being assured that Mr. Hill would return my call, he has not. I guess the poor man gets so many calls from Washington that he cannot handle them  all.”

The now famous, much viewed, and fixed video is available at IrishNatonalCaucus.org and on YouTube at  https://www.youtube.com/watch?v=veDMh2Xk-gg