Communities in Vietnam are bracing themselves as Super Typhoon Haiyan heads their way after causing devastation in the Philippines, with an estimated 10,000 people feared killed.

Save the Children Vietnam’s Deputy Director Doan Anh Tuan said the most recent reports show the superstorm has slowed as it makes landfall today. 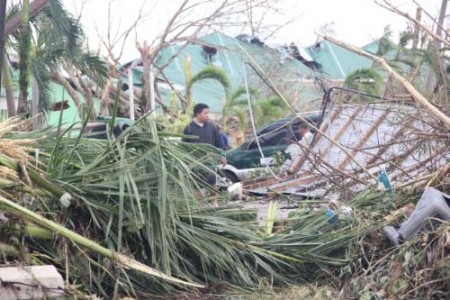 “Given the devastation in the Philippines, we are very concerned about children and the elderly people in north central regions, who have not been evacuated and who are not prepared for the storm.

“We predict that lots of houses will be damaged by the strong winds and flooding from the rain and storm surges. The rain is getting heavier now and I predict the wind will pick up soon as the storm approaches.”

Typhoons at this time of year normally hit the southern and central regions of Vietnam, where communities are prepared. Last year, a typhoon also changed direction at the last minute and hit unprepared communities in the northern Vietnam.

Save the Children has an emergency response team ready to assist communities affected by the superstorm. It has warehouses in Hanoi and Da Nang stocked with 6,000 household, hygiene, and education kits ready for distribution today.

Local governments have spent the past week evacuating more than 800,000 people in the central provinces. Since the storm’s last minute change in direction, only some people have been evacuated from the north central and Red River delta regions.

To help donate to Save the Children’s Typhoon Haiyan relief efforts, visit SaveTheChildren.org.