A report by the Justice Department’s Bureau of Justice Statistics (BJS) found that half of violent victimizations of persons age 65 or older involved serious violence, such as murder, rape, sexual assault, robbery and aggravated assault, based on data from crimes known to Michigan law enforcement from 2005 to 2009. 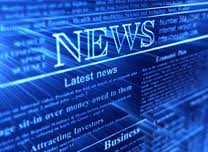 Elder abuse can take many forms, including physical abuse, sexual abuse, emotional or psychological abuse, financial or material exploitation, neglect and abandonment. Currently, no national data system captures information on elder abuse known to law enforcement; however, the FBI’s National Incident-Based Reporting System (NIBRS) collects such data from all law enforcement agencies in sixteen states, as well as many other local jurisdictions. This study focused on incidents of violent physical and sexual abuse of elderly persons known to law enforcement in Michigan from 2005 to 2009, demonstrating how NIBRS data can be used to describe the level and characteristics of elder abuse in a specific jurisdiction.

About 13,220 violent crimes against the elderly came to the attention of law enforcement in Michigan from 2005 to 2009, or about 1.6 percent of the nearly 824,000 total violent victimizations in the state.

The majority (63.6 percent) of violent victimizations against persons age 65 or older took place inside a residence (house, apartment, or group quarters such as a residential or long-term care facility). Violence inside a residence typically took place in the late afternoon and evening, peaking around 8 p.m. The victim’s child or grandchild was identified as the perpetrator in a third of the violence against elderly males in a residence and in nearly half of the violence against elderly females in a residence.

Other findings of the five-year analysis showed—

The report, Violent Crime against the Elderly Reported by Law Enforcement in Michigan, 2005-2009 (NCJ 238546), was written by BJS statistician Erica Smith. The reports, related documents and additional information about the Bureau of Justice Statistics’ statistical publications and programs can be found on the BJS website at http://www.bjs.gov/.

The Office of Justice Programs (OJP), headed by Acting Assistant Attorney General Mary Lou Leary, provides federal leadership in developing the nation’s capacity to prevent and control crime, administer justice, and assist victims. OJP has six components: the Bureau of Justice Assistance; the Bureau of Justice Statistics; the National Institute of Justice; the Office of Juvenile Justice and Delinquency Prevention; the Office for Victims of Crime; and the Office of Sex Offender Sentencing, Monitoring, Apprehending, Registering, and Tracking. More information about OJP can be found at http://www.ojp.gov.