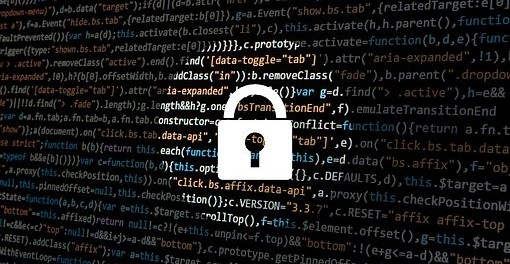 Robocalls are a growing issue facing consumers and businesses alike. It used to be a lot easier to avoid spam calls, because caller ID helped weed out suspicious numbers. Bad actors could block their number from showing, but that was a big clue that a call might be fraudulent or scammy. The problem today is that spam robocalls have added additional sophistication: number spoofing via VoIP.

Why Number Spoofing Is Dangerous

With number spoofing, now spammers can place a call that looks like it’s from your area code, or even closer. They can match the first three numbers of your number, too. This doesn’t matter as much as it used to, but bear in mind that in the old days those first three numbers tended to be grouped geographically. Even though that’s not the case anymore, the sense of association is strong, especially among older users.

It Causes Business Problems, Too

Robocalls cause frustration for individuals, and the scammy ones can trick some people into getting scammed. The problem is bigger than just individuals, though. Businesses too suffer from the scourge of robocalls. People who work in sales or in other customer-facing roles often can’t afford to let a call that looks local go to voicemail just in case it’s spam. No, they need to answer. They can’t risk losing or offending a legitimate customer.

This means, though, that employees and entrepreneurs are stuck picking up robocall after robocall. It’s frustrating, and it can cause a big drain on efficiency.

How Spammers Use Number Spoofing

Spammers spoof numbers using the very same technology that many businesses enjoy: VoIP (voice over internet protocol). This technology is powerful. That’s why so many businesses have migrated to it over traditional telephony. However, it enables bad actors to do things they couldn’t do before. They can sidestep call blocking tools that were previously used against them, and they can mimic nearly any phone number.

It’s understandable, of course, that both individuals and businesses are more likely to answer a call from their own area code. Users who are old enough to recall the old neighborhood or cellular block system (where, for example, a 517- prefix meant the caller was from the north part of your town, or a 208 meant the caller’s cell phone was registered with a specific carrier) will associate even more familiarity with certain numbers.

Random, geography-based number spoofing is dangerous, but it gets worse than that. If a particularly motivated scammer knows the numbers of some of your trusted contacts, the scammer can spoof those numbers, too. If your phone sees an incoming call from a number you’ve stored in your contacts as “Mom” or “The Boss,” your phone is unlikely to know any different. The call will probably appear as if it comes from a trusted contact. (We say “probably” because both Google and Apple are working to fix this, so your experience may vary.)

You may not be particularly worried about this version of the scam, because you know what mom and the boss sound like and wouldn’t be fooled. True, but consider that scammers are smarter than that.

“They won’t pretend to be an actual mom or actual boss. Instead, they’ll pose as an assistant, a lawyer, an EMS professional—something like that—and they’ll craft a convincing tale about some urgent need that you must meet, right now.” states, business phone system specialist Jason Simons of ICS, a Texas-based business VoIP provider.

This is not theoretical. Versions of this scam have been perpetrated on grandparents for years. Their grandchild is in jail and the “lawyer” or “friend” needs money to help them out, or some similar scheme.

What You Can Do

So what can people do to combat robocalls and number spoofing? “There’s good news and bad.” states Nick Hess from Suretec IT in Portland, OR. “The bad news is that there is no one solution for blocking all robocalls or calls using number spoofing, at least yet.” The FCC is urging phone companies to adopt the SHAKEN/STIR protocol, but it’s not happened yet. Individual carriers may have some limited tools available to you, so be sure to ask and implement whatever is available.

“The good news is that, while you can’t eliminate all the spam, there are many practical steps you can take to protect yourself against scams perpetrated over robocalls.” Hess, concludes.

The FCC lists these among others.

The FCC website offers numerous additional tips, so be sure to check out that resource.

For further help with VoIP or other IT needs, source out your local business telephone provider or call Simons or Hess.