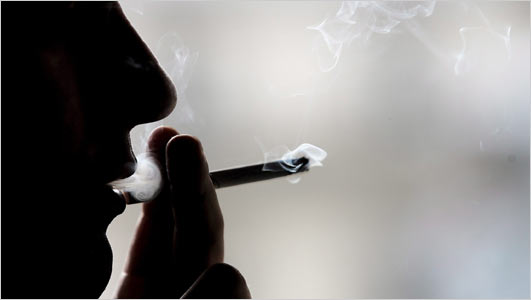 The vaping trend is pretty hard to ignore these days, and with benefits over tobacco use like the freedom to vape in more places, the lack of offensive, lingering odor, and no butts or ash to contend with, it is easy to see why. For many smokers and former smokers, vaping offers a similar sensation and dose of nicotine to smoking, but is cleaner and less socially  stigmatized.

If you have noticed the e-cig trend and are curious to try it, the market is now so broad it can be hard to know where to begin. If you’re a smoker, you’ve probably been choosing the same brand of cigarettes or tobacco for years, and so buying cigarettes is a simple purchase. With vaping, however, you have a seemingly endless choice of different flavor e-liquids with different compositions, so it can be hard to know which to try. Naturally, it will probably take some experimentation to settle on a brand, taste or recipe of e-liquid you want to use, or you may find you continue trying different things for variety for as long as you vape, however it is good to understand a bit about e-liquids before you begin trying them out so you at least have an idea of what to  buy. But once you do decide, check out the vape juice offerings.

E-liquids come in a vast array of flavors, and you’ll probably have a good idea of the ones you might like just because you know your own taste. If you want an experience as close to smoking a cigarette as possible, you’ll want to start with tobacco flavored e-liquids, whereas if you like the idea of vaping something that tastes like your favorite fruit or dessert, or has a minty fresh menthol flavor, you’ll probably want to order something that fits the bill. However, what you may not be so sure about when you are first starting out with vaping, is whether you want e-liquids that are propylene glycol based, vegetable glycerine based, or a ratio of the two. This is important for a number of reasons, and there is no right or wrong answer, so it is best to know a bit about what to expect from each before you start ordering e-liquids, and before you buy an  e-cig.

Propylene glycol, or PG, is an FDA approved substance that is found in thousands of products, including foods. It is used in a lot of e-liquids, either as the sole base for the nicotine and flavor, or in a mixture that also contains vegetable glycerin in a ratio chosen by the manufacturer to give a specific effect when used. PG e-liquids give off less vapor than VG, and as such are popular with people who want to vape discreetly. PG also has no flavor of its own, so it tends to carry the added flavors well, making for a pleasant experience when you choose a sweet or spicy taste. One of the other reasons people like PG vaping is it offers the most ‘throat kick’, which means it feels more like smoking than vaping with VG. In fact, many of the people who actually try to make their own e-liquids spend a lot of time experimenting with PG to VG ratios to get their ideal level of throat  kick.

Why Is VG  Different?

Vegetable glycerin can also be found used on its own in e-liquids, as well as in a mix with PG. E-liquids that are high in VG, or 100% VG, produce much more vapor and give the ‘cloud’ effect many vapers find satisfying. VG also creates a thicker feeling in the mouth, which can give a richer experience that can be especially nice when using ‘creamy’ flavors. VG also has a slightly sweet taste all of its own, which a lot of people find pleasant, but which can affect the taste of the flavorings added to the e-liquid. Some other benefits of VG are that it is less likely to cause an allergic reaction, and is safer for  pets.

Choosing the best ratio, or whether to use 100% PG or VG, can take some trial and error, but hopefully armed with this information about the differences to expect, you have a good pace to start. Remember to only use e-liquids that are suitable for the device you have chosen – VG can be ‘gloopier’ and will not work with some types of e-cig device, so if you plan to use high VG liquids, factor this in to your choice of  device.