by Candace Salima, Contributor to US Daily Review 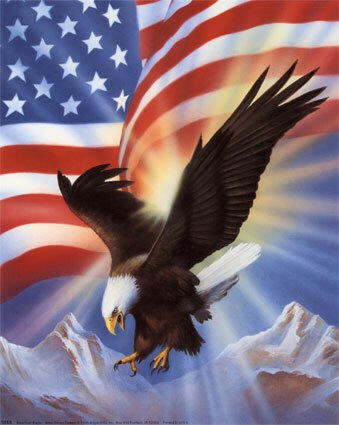 I fear greatly for the future of America when I hear so many saying they prefer the Communist in the White House if Ron Paul doesn’t win. It says to me they truly do not understand the ramifications of what 2012 holds for America. There’s no more playing around, if we do not defeat Barack Obama, America is lost. I am not being dramatic. Look at the destruction he’s wreaked in three years, and then imagine a president who has nothing to lose, and that president being Barack Obama.

I, for one, will fight tooth and nail for America. I will not stop. Nor will I pout if my guy doesn’t win. I will support anyone but Barack Obama, although I solidly believe Mitt Romney’s economic policies would best serve America. I know him to be a good, honest man who loves America dearly. And I know he has a steel inner core that holds straight against the buffeting winds. He’s the turn-around king in business, Olympics, and government, and that’s what we need right now. But I’ll tell you what, for a liberty loving American like myself, Barack Obama and his ilk terrify me. More so than crying in my milk if Mitt Romney doesn’t the Republican nomination.

We have many good candidates, although I clearly have my favorite.

Newt Gingrich, for instance, knows how Washington, D.C. works inside and out. He’s tenacious. And if he lives up to his campaign promises, will bring fiscal balance back to America. He’s a bulldog, no question, but infinitely better than Barack Obama.

Rick Santorum, the former two-term senator from Pennsylvania, has solid family values and a clear understanding of the threat the Middle East holds for America. He is a strong man who loves and will fight for America, just as all the other GOP candidates will.

Michele Bachmann, the congresswoman from Minnesota, has represented that state since 2007. As the founder of the Tea Party Caucus in the House of Representatives, she’s been on the right side of many, many issues. She understands the threat radical Islam is to America, open borders are to our identity as Americans, and how critical it is we become energy independent. Again, she is better than Barack Obama six ways from Sunday, and twice on that sacred day.

Ron Paul. Well, let’s face it, the man scares me. Half the time he’s right on the money and half the time, he’s so far off in left field that we can’t even see him from the home plate. His stances on drugs, radical Islam, Israel and more are so different from my own, and these are but a sampling of what concerns me. However, he does loves America. He does respect and honor the U.S. Constitution, which is more than we can say for the knucklehead in the White House.

But here is the crux of the matter, Ron Paul may run as an independent if he doesn’t win the GOP nomination, which is ridiculous and dangerous. America is in more danger than she has ever been in her 236 years of history. Never before has our Constitution been under such unrelenting attack. Only once before has the economic future of America been so bleak. In addition, we have an entire generation of children whose future is dismal, at best, if you and I don’t stop behaving like five-year-olds, step up and do our jobs as Americans.

Being an American holds great privilege, and responsibility. Realize that this republic Benjamin Franklin and the other Founding Fathers gave us can only remain so if we are willing to fight day and night for it. We must awaken to the great danger presented by Barack Obama’s ideologies and we must unite. This is not a game. There are no “do-overs” in the fight for America. Awaken to what faces us if we fail her now. The U.S. Constitution is hanging by a thread, and the fate of America is in our hands. We must not falter. There is no other alternative but a complete victory against Barack Obama.