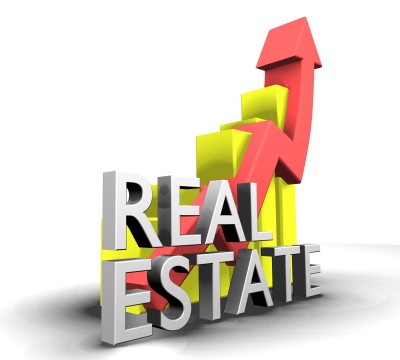 (Veros), an industry leader in enterprise risk management, collateral valuation services and predictive analytics, has announced that its forecast shows the real estate recovery in California has kicked into high gear.  The report reveals a dramatic increase in San Francisco's forecast over the previous quarter's update, and now four of the five strongest markets in the country are in the Golden State. These results are from the company's VeroFORECAST real estate market forecast for the 12-month period ending September 1, 2014, updated quarterly and covering nearly 1,000 counties, 337 metro areas, and 13,703 zip codes.

Veros' future home price index (HPI) forecast indicates that most of the country is now looking to appreciate during the next 12 months, with only 5 percent of the markets expected to decline as compared to the 10 percent cited in the last update.  Additionally, those declines are expected to be minor at -2 percent at the forecast's lowest level.  The HPI indicates that, on average for the top 100 metro areas, Veros expects 4.8 percent appreciation over the next 12 months.  This is the fifth consecutive quarter where the index has shown forecast appreciation and represents an upswing of over 50 percent from last quarter's 3.1 percent national forecast.

“Even in previous strong real estate markets there have always been a few markets that did not perform well, so this is not unusual,” said Eric Fox, Veros' vice president of statistical and economic modeling and author of VeroFORECAST.  “The national split between appreciating and depreciating markets, at roughly 95:5 respectively, continues to be a positive trend from the last several quarterly updates,” he noted.

*Markets demonstrated are for residential real estate in major metro areas (typically greater than 250,000 residents) among single-family homes in the median price tier.

All markets in the Top 5 now have strong double-digit forecast appreciation with California holding the top four positions. California's top four spots include San Francisco, San Diego, San Jose, and Los Angeles, with the Bay Area showing an unusually wide forecast gap between the #1 spot and its fellow top markets.  Though these markets remain strong, a few are experiencing a bit of a cool down from last quarter's forecast, which was partially fueled by the recent interest rate frenzy. Importantly, California markets now make up five of VeroFORECAST's Top 10 strongest markets.  The western states clearly dominate the nation's healthiest markets:  the entire Top 10 is made up of markets in CA, AZ, NV, WA, and OR.

Phoenix, the market that led the recovery and was the first to reestablish double-digit appreciation after the housing crash, still continues to show strength in this quarter's forecast at #5, with its appreciation forecast to remain at a steady 10 percent.  Low supply and high demand, in conjunction with lower unemployment and high levels of investor activity in the entry-level priced homes market, keep the Phoenix market a top performer.  Nevada, Washington, and Oregon markets are also looking very strong.  The forecast is looking optimistic in North Dakota, Florida, Colorado, Utah, and Texas.

“Housing supply is a key discriminator between our top and bottom forecast performing markets,” noted Fox.  “Where the housing supply is very low, as it is in our top markets, prices are expected to increase significantly.  Additionally, this is the second consecutive quarter in which population trends are a key variable responsible for the performance of our bottom forecast markets.  Specifically, either slow population growth or population declines are contributing to low demand in these areas.  Many of the markets in the Bottom 5 are in very slow growth areas,” he said.

Parts of Connecticut and some sections of New York, New Jersey, and Maryland are expected to fare poorly relative to the remainder of the country. Several areas of the South are also forecast to be weaker, especially Mississippi, Alabama and pockets of South Carolina.

This quarter's update indicates that the recovery in the housing market is forecast to continue to accelerate and do so quite significantly compared to the previous quarter, but the horizon just beyond the next 12 months appears to be cooling.  “Although appreciation is still expected for months 13 to 24 in the forecast, it is not as strong as in months 1 to 12,” Fox stated.  “However, we don't foresee drastic slowing – simply some moderation.  The primary reason for some slowing in the 13 to 24 month range is due to expected higher interest rates and somewhat lower affordability,” he said.