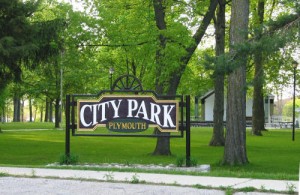 ParkScore is the most comprehensive park rating system ever developed and was designed to help local communities identify where new parks are needed most and which park improvements can deliver the greatest impact.

ParkScores are based equally on three factors:

ParkScore also includes a website that local leaders can use to guide park improvement efforts.  The website, ParkScore.TPL.org, provides extensive data and analysis that pinpoints the neighborhoods where parks are needed most. The site includes interactive maps of each ParkScore city, allowing users to zoom in and study park access on a block-by-block basis. Additional detailed information about each public park in all 40 ParkScore cities is also provided. The website is open to the public.

ParkScore uses advanced GIS (geographic information system) computer mapping technology to create digital maps evaluating park accessibility, making it the most realistic assessment system available. Instead of simply measuring distance to a local park, ParkScore’s GIS technology takes into account the location of park entrances and physical obstacles to access. For example, if residents are separated from a nearby park by a major highway, ParkScore does not count the park as accessible to those residents (unless there is a bridge, underpass or easy access point across the highway).

According to The Trust for Public Land, the 10 highest ranking park systems are:

The 10 lowest ranking park systems are:

“You can’t have a great city without a great park system,” said Christopher Kay, chief operating officer of The Trust for Public Land. “Studies show that parks help children and adults get the exercise they need to stay healthy, generate hundreds of millions of dollars in economic activity, and help bring neighbors together. The Trust for Public Land hopes that ParkScore inspires cities to focus on parks, and we’re eager to work with municipal leaders and volunteers to help them build the best park systems imaginable,” Kay added.

“No city received a perfect score in this inaugural release of the ParkScore ratings, and that means every city can improve. It’s critical to act now. A concerted effort to improve local park systems not only means a better ParkScore, but also a healthier, more beautiful, and more vibrant city. That’s something all city leaders should strive for,” said Kay.