Boston has just garnered the distinction of being the most expensive destination in the USA when it comes to the cost of lodging. That’s the finding of the latest Budget Hotel Report released by CheapHotels.org. The report specifically looked at the amount travelers will have to spend, on average, to secure the cheapest available double room this upcoming May at 30 of the top U.S. destinations. 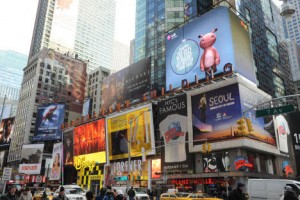 In Boston, visitors will have to pay at least $194 per night to stay overnight in a hotel room. That figure makes the Massachusetts capital city significantly more expensive than New York ($172), which ranks second on the report.  Coming in at the third spot is Philadelphia, with an average daily rate of $154 for the cheapest available room.

For comparison purposes, only such hotels that are located in or very close to either the city center or its main attractions were considered.  As a result, hotels situated close to the city’s airports or in the suburbs, which often offer much cheaper rates, were excluded.

Rounding out the rankings at the bottom of the heap were Las Vegas and Orlando. There, overnight stayers will have to spend only $36 and $33, respectively, for the cheapest available double room.

Following are the five most and least expensive destinations in the USA, ranked according to the cost of their accommodations:

The full survey results can be found at www.cheaphotels.org/press/bhr-spring-2012.html