By Scott Lorenz, Special for USDR. 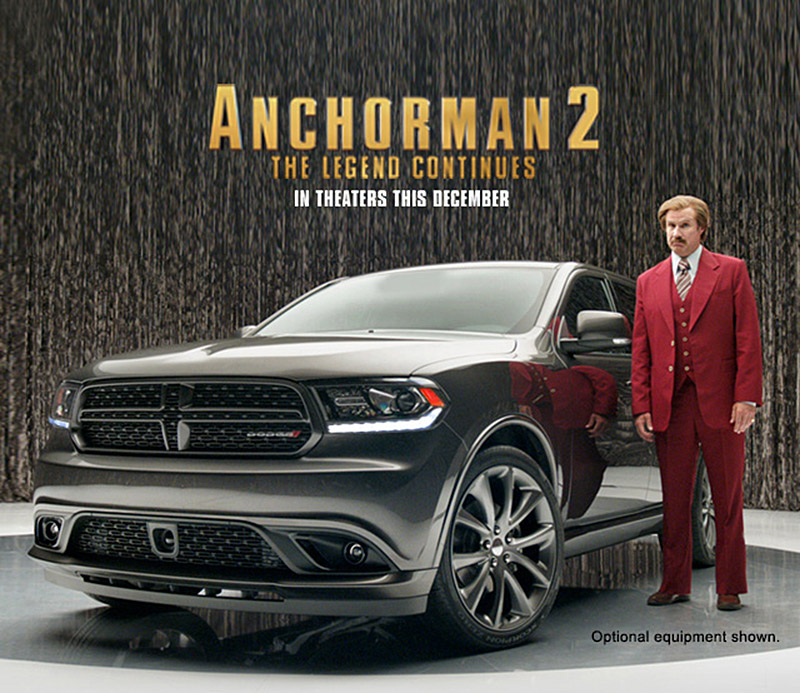 “Anchorman II: The Legend Continues” is the highly anticipated, long overdue sequel to 2004’s “Anchorman: The Legend of Ron Burgundy.” The first film quickly became a cult classic with its quipping one-liners and hilarious cast. The sequel premiered December 18. Leading up to the movie’s release, the “Anchorman” team took promoting the film to another level.

Ron Burgundy was EVERYWHERE. In the year and a half following the announcement of the sequel, there was a museum exhibit, a book, a Ben and Jerry’s ice cream, a new brand of Scotch, TV commercials for the Dodge Durango, an iPhone app, TV cameos, viral videos, a website chock-full of GIFs and a college was even renamed after Mr. Burgundy.

So in the marketing and promotional spirit of Ron Burgundy here are some tips authors can use in the promotion of their own books.

The Bottom Line: Think like Ron Burgundy and consider some non-traditional marketing methods to get your book on the radar. If you ever want to become a top selling author get some swagger, step over the line and steal a line from Ron Burgundy, “I don’t know how to put this but I am kind of a big deal.”

Book publicist Scott Lorenz is President of Westwind Communications, a public relations and marketing firm that has a special knack for working with authors to help them get all the publicity they deserve and more. Lorenz works with bestselling authors and self-published authors promoting all types of books, whether it’s their first book or their 15th book. He’s handled publicity for books by CEOs, CIA Officers, Navy SEALS, Homemakers, Fitness Gurus, Doctors, Lawyers and Adventurers. His clients have been featured by Good Morning America, FOX & Friends, CNN, ABC News, New York Times, Nightline, TIME, PBS, LA Times, USA Today, Washington Post, Woman’s World, & Howard Stern to name a few. Learn more about Westwind Communications’ book marketing approach at http://www.book-marketing-expert.com  or contact Lorenz at scottlorenz@westwindcos.com or by phone at 734-667-2090. Follow Lorenz on Twitter @aBookPublicist