By TripAdvisor, Special for USDR. 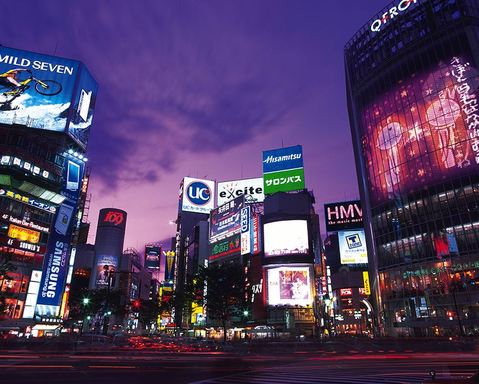 Ranking first for city with the best overall experience was Tokyo. The city also claimed top spots for helpfulness of locals, taxi service, local public transportation, and cleanliness of streets. Tokyo received high marks across the board, as it ranked among the top 10 in 13 of 16 categories in the survey.

New York City, the only U.S. city on the list of world destinations evaluated in the survey, was top of the heap for best restaurants and nightlife. It also came in second for best overall experience, shopping and attractions/things to do. In terms of value for the money, the Big Apple ranked #30, and also ranked in the lower third for cleanliness of streets. Travelers think the Big Apple’s cab drivers could flash some more smiles—it ranked #30 for friendliness of taxis.

Other high ranking cities were Singapore, which was number one for comfort traveling alone, and second for taxi service, cleanliness of streets, ease of getting around and family-friendliness; Rome, which topped the list of attractions/things to do and culture; and Dubai, first for shopping and hotels.

Here’s a snapshot of some of the top performers by category:

“Tokyo has received high marks from TripAdvisor travelers, who praise the city for its hospitality, cleanliness and outstanding public transit system,” said Brooke Ferencsik, director of communications for TripAdvisor. “New York City was also well decorated in the TripAdvisor Cities Survey, recognized by travelers for its world class restaurants and nightlife.”

Note to Editors: The survey was sent to those who have written a review on either a hotel, restaurant or attraction in the featured cities during 2013. To be included in the results, a city was required to have a minimum of 300 completed responses, with the ranking based on average scores for each question. All analysis was conducted by Brainbox Research. The selection of featured cities is based on the key cities from countries that receive the largest number of international visitor arrivals (data compiled by the UNWTO 2012).

About TripAdvisor
TripAdvisor® is the world’s largest travel site*, enabling travelers to plan and have the perfect trip. TripAdvisor offers trusted advice from real travelers and a wide variety of travel choices and planning features with seamless links to booking tools. TripAdvisor branded sites make up the largest travel community in the world, reaching nearly 260 million unique monthly visitors**, and more than 150 million reviews and opinions covering more than 4 million accommodations, restaurants and attractions. The sites operate in 39 countries worldwide, including China under daodao.com. TripAdvisor also includes TripAdvisor for Business, a dedicated division that provides the tourism industry access to millions of monthly TripAdvisor visitors.

Driving in Long Island can be a bit of a challenge, what with all the crowded roads and often-ignorant drivers....

Motorcycle tires generally last between five and 10 years, but if you're not sure how long you've had your tires, it's...

According to a WHO survey back in 2016, around 1.9 billion adults worldwide are overweight, and 650 million of them...

Website traffic is one of the best ways to gauge how well your marketing is going. With more traffic...