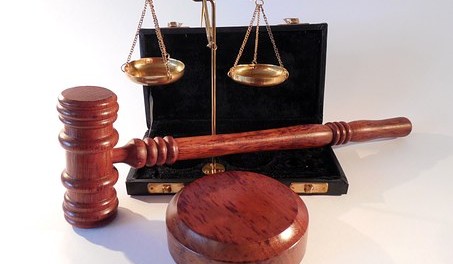 To understand what a tort claim is, it is important that we first talk about what a “tort” is (if you’re thinking about a big cake, you’re thinking torte). Simply put, a tort is a civil wrongdoing. Civil wrongdoings do not necessarily come with criminal charges, although the action may be found to be criminal and civil wrongdoing at the same time in some cases. A tort claim is a claim that seeks, most often, financial compensation as retribution for the wrongdoing. If you hire a personal injury lawyer in Bakersfield, they will be fighting for your compensation through a tort claim.

If you are involved in an accident that someone else cause, you may be legally entitled to seek financial compensation from them. This is possible through a tort claim – a legal claim that there was a civil wrongdoing that took place, and that you suffered as a result. This is different than filing a police report against someone, where you would accuse them of committing a crime which they would need to answer to the state or federal government for.

In your tort claim, you will outline how the individual or group caused your injuries, through either negligence, malpractice, or malice, and show the impact that these injuries have had on your life. Together with your attorney, you will build a case that argues for an amount of money you believe you are owed, and explain why you are owed that amount.

In many cases, a tort claim is divided into two portions: economic and non-economic damages. Economic damages seek repayment for actual costs that are incurred after an accident. This means that, for example, if you were to be involved in a car accident and broke a leg, you would include all of the associated medical expenses in your economic damages claim, as well as any time that you have missed from work, medication or recovery tools you have needed to buy, and anything else with an actual receipt.

At the same time, you will work to calculate what are known as “non-economic damages” as well. This includes things like your pain and suffering, depression, and loss of enjoyment. Since these issues do not come with a receipt, you and your lawyer will work to quantify these impacts with a “multiplier,” a number that you can present to a judge and jury that is easily understandable as a representation of your suffering. Once you have arrived at a reasonable multiplier, you simply take that number and calculate it against your economic damages.

Is a Tort a Crime?

Although a tort may also be found to be a criminal violation, not all torts are crimes. A tort essentially states that a person violated a civil contract, such as clearing a walkway of ice in the wintertime to keep visitors safe. However, crimes may be treated as torts as well – an assault that leads to injuries may end in criminal charges, as well as a civil lawsuit for financial compensation.

Since there is no simple answer to this question, it is best left to an attorney to determine what sort of civil options their clients have after they are victims of a crime.