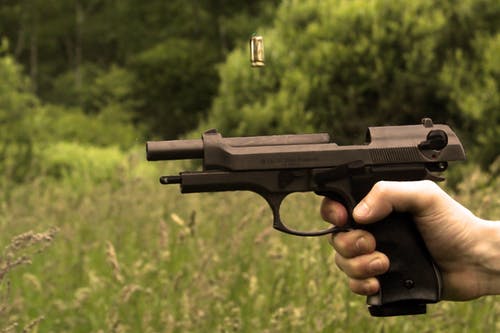 The topic of gun violence in America evokes strong emotions from many people on both sides of the political fence. Sometimes people may feel so strongly about gun violence that it’s one factor that leads them to stray from their typical political beliefs. It’s a difficult subject to discuss because there are high emotions, and also many legal complexities to understand at the federal, state and local levels.

Regardless of how you feel about firearm ownership, you likely want to have a grasp of the facts, the statistics and the information surrounding the debate.

The following are some key statistics and other things to know about gun violence, laws and firearm ownership in the U.S.

There are many costs associated with gun violence, both economically but more than that, there’s the cost of human lives. According to the U.S. Centers for Disease Control and Prevention, more than 30,000 lives are lost each year due to gun violence.

Every year it’s estimated that 100,000 people in America are victims of gun violence, and along with the actual deaths and injuries, many more people have their lives changed by these events. For example, more than 80,000 people survive gunshots each year, but they are left with PTSD, isolation, and chronic pain, among many other conditions.

Gun violence can have effects on domestic violence, and it can increase the likelihood of someone dying by suicide when they have access to firearms. Around two-thirds of gun deaths are suicides, and in the U.S. the rate of suicides from guns is ten times higher than other countries considered high-income. Access to a gun raises the risk of suicide by three times and gun suicide rates tend to be higher in states where the rate of gun ownership is highest.

There are also financial costs. For example, the costs of hospital use related to injuries from firearms were more than $87 million in California alone in 2010, and taxpayers took on 65% of these costs.

What About Universal Background Checks?

One area of particular interest in the gun debate is universal background checks, which are not currently a federal law. The lack of certain background checks is considered a loophole in federal gun laws.

Currently, unlicensed sellers are not required to do any background checks when they sell a firearm, which increases the likelihood of illegal buyers and gun traffickers gaining access.

Many states have started enacting their own gun laws, and much of those are centered around increasing regulations for background checks.

Proponents of stronger background checks say they’re one of the best ways to reduce gun violence and firearm injuries and deaths. Opponents feel it’s a slippery slope into infringing on the right to bear arms.

A few things to know about background checks:

Twenty states along with Washington DC do extend background check requirements to at least some private firearm sales.

Around one-third of all people who are residents of the U.S. are gun owners, but the levels of gun ownership are much more concentrated in certain areas of the country than others. Alaska has the highest rate of gun ownership. Around 62% of Alaska residents are estimated to own a gun. Behind Alaska are Arkansas and Idaho.

The southernstates along the Mississippi River do have some of the highest rates of death related to firearms, and in particular, Louisiana, Mississippi, and Alabama. None of these states require licensing, registration or permits to buy firearms.

So what does all this mean? It just further adds to the complexity of the discussion of firearm ownership, violence, deaths,and laws in the United States and the debate will likely continue well into the future.