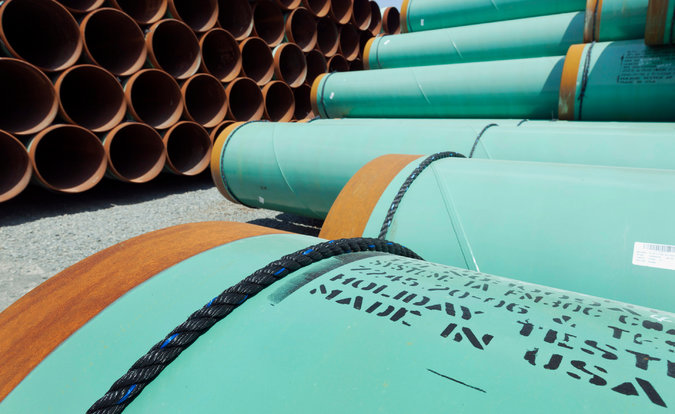 Texas Congressman, Kevin Brady, Chairman of the Joint Economic Committee and senior Republican member of the House Ways and Means Committee, released the following statement upon the announcement that the White House will delay approving the Keystone XL Pipeline until after the mid-term election:

“This is politics, pure and simple. The President continues to put partisanship and special interest groups ahead of job-seeking Americans. He’s playing politics, while families in my district are struggling just to pay the bills. The Keystone XL Pipeline is an environmentally sound project, and he knows it. It will provide thousands of jobs and he knows that, too. As long as he continues to delay the building of this pipeline, the President is standing directly between American workers and good-paying jobs, and he has no legitimate reason to do this.”