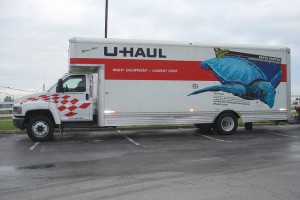 There are few companies that have a better understanding in terms of populations shifts around the nation than the “Do it Yourself” leader in moving, U-Haul.  U-Haul International, Inc., last week released results of the annual U-Haul National Migration Trend Report that reflects the nation’s top growth areas for families that moved during 2011. The 2011 Top U.S. Growth Cities Report indicates that for cities with more than with 5,000 families moving, Nashville, Tenn., takes the No. 1 spot with the highest percentage of growth at 10.39 percent, moving up from No. 15 with 2.99 percent of growth in 2010.

“The report, reflective of growth patterns in the United States during 2011, was compiled based on nationwide trends in cities of all sizes and reflects communities with more than 5,000 families moving in or out of the area,” stated John “J.T.” Taylor, U-Haul president of Phoenix Operations. “Growth cities were then determined by calculating the percentage of inbound moves vs. outbound moves for each area.”