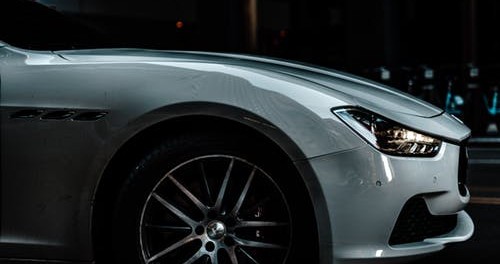 For many people, cars are simply a means of getting from point A to B. However, some of us see them as much more than that. We see the artistic and engineering value and how much work has been put into designing every small component of this astounding machine.

If you’re passionate about this aspect of cars and you want to make a career out of it, a job as an automotive designer might be right up your alley. It’s no secret that working at this level in the automotive industry is tough. There are only so many car manufacturers out there, with few new players entering the field.

But with the right knowledge and skills, you can create a successful career for yourself and thrive as an automotive designer. You just have to know where to start. That’s why we’ve put together a guide detailing exactly what you need to know in order to enter this lucrative and rewarding line of work.

Determine Where You Want to Start

Automotive design is not only about the visual aspect of cars, but also their functionality. In this sense, you have to have a good understanding of not only what makes a car visually appealing, but also its safety and overall ability to serve its purpose in a way that makes it comfortable for the driver.

There are namely three areas of design that you can get into: exterior, interior or color and trim. Think about which of these areas you are most passionate about so that you know where to put your focus.

Interior designers focus on making a vehicle as comfortable and functional as possible on the inside. This includes knowing where to put each component while also taking the visual aspect into consideration.

Color and trim designers use their advanced knowledge of color mixing, color theory and a bit of psychology in order to create designs that appeal to the relevant target market for that vehicle. Consider which of these fields best suits you before heading to the next step.

Most companies who are looking to hire automotive designers require at least a bachelor’s degree for candidates to qualify. However, a higher level of qualification can get you started at a higher position in the company, leaving you with more time that would otherwise be spent moving up.

If you’re particularly interested in the future of transportation, such as autonomous vehicles, then you may want to consider an automotive engineering online course from a reputable university. This will equip you with the knowledge and qualifications you need in order to create a wide variety of career opportunities within the automotive field.

The U.S. Bureau of Labor Statistics hasn’t published figures particularly for automotive designer salaries, but there is data available for related fields. For example, industrial and commercial designers earn an average of $67,130 per year. Employment growth in this sector is expected to grow 2% between 2014 and 2024.

The BLS also reported that the average hourly wage for industrial designers in the automotive industry was around $32.01 in 2018. This translates to an annual salary of $66,590. Granted, this was a few years ago, so you can expect to make a lot more today.

This includes the integral components of the vehicle, such as the structure, assemblies and systems. Then, detailed calculations and formulas will be put together in order to determine whether the design is viable, such as with aerodynamics. The final design should fit the taste of the consumers and the brand image of the manufacturer.

This makes it clear that while automotive design is largely a creative profession, there’s also a great deal of technical skill and attention to detail required. Every car, no matter how cheap or expensive, has had a significant deal of work gone into it and as an automotive designer, you’ll be laying the foundation for the first part of this process.

Automotive designers are responsible for a large number of aspects of the vehicle, including not only the shapes, colors and textures that make the final appearance, but also its functionality in terms of both performance and safety. This requires a sharp mind that can properly utilize both creativity and technical ability.

As we learned earlier, car design starts with a simple idea and is laid out in a simple format, such as pen and paper. This means you’ll need to have the ability to create realistic and accurate drawings of your ideas. After the initial draft is finalized, modern designers usually utilize CAD or 3D design software to bring the concept into three dimensions.

This allows you to take your idea into a somewhat more tangible form and take shapes into account. You’ll need a deep, intimate knowledge of both appealing design and how vehicles work in order to make a cohesive concept. You’ll also need to be innovative, as every car you make has to be unlike those that are already on the road.

Relevant coursework that you’ll need include physical science, CAD design, sketching, mathematics, industrial materials and sculpting. This makes it clear that a knowledge of math and physics is also a requirement. With many companies having a strong international presence, you may also need to learn a second language.

Putting together an attractive vehicle that not only looks great, but also meets safety and performance standards is an amazing feeling. Automotive design is a highly rewarding career; knowing that you’re responsible for a product that will impress people around the world and keep them safe on the roads can be extremely satisfying.