By The Comeback America Initiative, Special for US Daily Review. 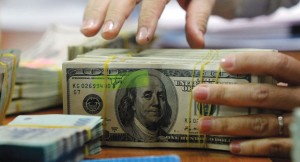 Three quarters of the American people believe we must both decrease spending and increase revenue to put the nation on a more prudent and sustainable financial path. This was one of the major findings of the National Fiscal IQ poll — the first of its kind — released today by The Comeback America Initiative (CAI).

The poll surveyed a representative sample of 1,000 Americans by phone to measure how much the public knows about the facts regarding our nation’s financial condition, as well as the public’s views on the types of steps that will be necessary to restore fiscal sanity.

Some of the poll’s other highlights include:

Walker said that he was encouraged by the fact that 88 percent of Americans understand the threat the country faces because of its projected deficits and mounting debt. “This national poll serves to demonstrate the need for a meaningful national citizen education and engagement campaign on the federal government’s finances in order to prepare the way for tough choices,” Walker said. “It also serves to confirm that Americans value progress over partisanship, intelligence over ideology and results over rhetoric. The solution to our fiscal challenge lies in principle-based compromise.”

The National Fiscal IQ Poll asked the same questions as CAI’s Fiscal IQ Quiz, which allows anyone to test their knowledge of fiscal facts and assess their views as compared to a consensus of objective budget experts.

To date, more than 12,000 people from all 50 states, most U.S. territories, and over 60 countries have taken the Fiscal IQ Quiz online at www.fiscaliq.net. Respondents include elected officials and concerned citizens.

“Shockingly, elected officials consistently score far below average in connection with most key fiscal knowledge and wisdom questions,” Walker said. “All current and prospective federal elected officials should take the Fiscal IQ Quiz. They owe it to their country and their constituents to do so.”