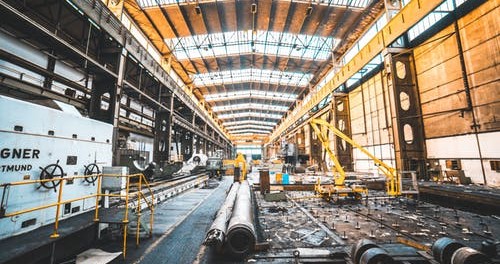 For most Americans, the steel industry is out of sight, if not totally out of mind. The industry’s most visible tokens — blast furnaces, smelters, and the like — exist somewhere else, safely over the horizon.

That’s not entirely true, however. Indeed, the steel industry is far more dispersed than popular imagination would have it. For instance: While it’s true that one could count the number of operational U.S. steel mills on one hand, the number of specialty steel mills and so-called minimills is far higher — over 100, at last count.

And that’s just the start. New steel is produced from raw iron, recycled steel, or some combination thereof; those inputs need to come from somewhere, too. Meanwhile, a host of steel service businesses exist in virtually every corner of the United States, serving distributors and end-users in communities large and small. Steel executives don’t dwell exclusively in the boardrooms of multinational giants like U.S. Steel and ArcelorMittal; they also roam the production floors of small and midsize steel firms whose toil is integral to the industry’s continued vitality.

So, the short answer to the question that brings us here — where is the American steel industry, anyway? — is, “More places than you might think.” For a longer answer, read on.

The integrated steel mill is the engine of the American steel economy. Unlike specialty mills and minimills, integrated mills have the capacity to extract nearly pure metallic iron from raw iron ore.

Specialty mills and minimills use electric arc furnaces to recycle iron and steel scrap into high-quality, nearly pure steel. These facilities are found from coast to coast, not just in the industrial Midwest. Notable minimills outside the Midwest include Mississippi Steel, in Flowood, Mississippi, and Rocky Mountain Steel Mills, in Pueblo, Colorado.

Most U.S. iron ore mining occurs on northern Minnesota’s Mesabi Range, a vast region of rich ore deposits. Historically, the Upper Peninsula of Michigan has been a key source of iron ore as well. Other notable iron mining zones include southwestern Utah, though that area currently has no operational iron mines.

American Steel Is Closer Than You Think

It’s clear that the American steel industry is far more proximate than most of us realize. The metal that makes modern life possible also plays an integral role in America’s economy, prosperity, and shared culture.

The next time you use a product made from American steel — which probably won’t be too long from now — take some time to thank the men and women whose toil made it possible. Some of them might just be your neighbors.