USDR Editor: It is too bad it took a liberal publication to bring this reality to light. It makes the case that conservatives should police their own.

Even before President Obama signed the Affordable Care Act into law, Republicans were vowing to repeal it. It’s no wonder, because polls showed that the basic elements of the ACA were quite popular, and there was a real danger that it would become more so as people found out that the plan denounced as a “monstrosity” by the National Republican Senatorial Committee would not trample on their liberties so much as help protect their health. Desperate to avoid this, the GOP-controlled House has voted no fewer than thirty-seven times to repeal Obamacare in the three years since it was enacted. 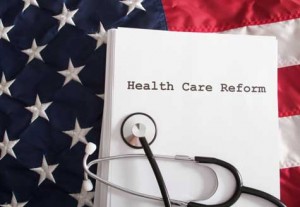 Now letters produced by a Freedom of Information Act request reveal that many of these same anti-Obamacare Republicans have solicited grants from the very program they claim to despise. This is evidence not merely of shameless hypocrisy but of the fact that the ACA bestows tangible benefits that even Congress’s most extreme right-wing ideologues are hard-pressed to deny to their constituents.

As I reported here last September, Congressman Paul Ryan, who as Mitt Romney’s running mate in 2012 called for its repeal, sent a letter requesting ACA money for health clinics in his district two years earlier. The Nation has obtained documents revealing that at least twenty other Obamacare-bashing GOP lawmakers have similarly pleaded for ACA funds on behalf of constituents. Among them are Kristi Noem, a Republican lawmaker from South Dakota likely to run for the Senate next year, as well as Ohio Senator Rob Portman, who has been touted as a potential GOP presidential candidate in 2016.

In one of two letters sent by Portman to the Department of Health and Human Services, the senator requested ACA funds to help a federal health center in Cleveland, where the money could help “an additional 8,966 uninsured individuals” to receive ”essential services,” in his words. In Noem’s case, the congresswoman requested ACA funds to construct a community health center in Rapid City to provide primary services to the uninsured. Both Noem and Portman won office in 2010 campaigning vigorously against the law and have since worked to repeal it.

Lee Fang is a reporting fellow with The Investigative Fund at The Nation Institute. He covers money in politics,…
All opinions expressed on USDR are those of the author and not necessarily those of US Daily Review.