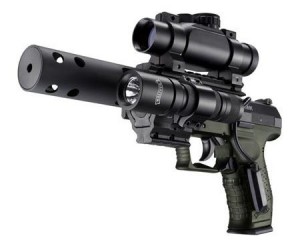 With his anti-gun attitudes continuing to insult American gun owners, CNN’s Piers Morgan pulled in the fewest viewers last month since he replaced Larry King in January 2011, prompting the Citizens Committee for the Right to Keep and Bear Arms to suggest once again that it is time for him to pack his bags.

If he keeps this up, there’ll be more people watching old reruns of The Rifleman.

According to the latest Nielsen numbers, CNN’s prime time lineup is up 49 percent at 666,000 viewers, despite Morgan’s continuing drag on their ratings.

“Piers Morgan has continued his habit of demonizing and insulting American gun owners,” Gottlieb observed. “His condescending attitude about our Second Amendment rights is out of place, especially on the eve of our Independence Dayholiday.

“I would remind him that it was privately-owned firearms in the hands of American citizens that sent his ancestors packing back to England 232 years ago, which is why we have an Independence Day in this country,” Gottlieb continued. “It was American Doughboys who learned to shoot as youngsters who came to England’s rescue in WWI, and it was Americans and their guns who rescued England again in WWII.

“Piers Morgan has forgotten his history and his manners,” Gottlieb stated. “It is bad form to continually insult your host, so if he’s looking to make a strategic exit, now would be a good time. We’ll send him off with a grand fireworks show.”