Special by Qorvis Communications, for US Daily Review. 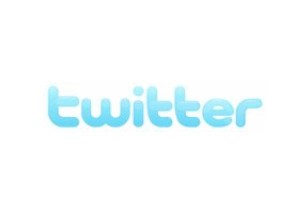 Qorvis Communications, one of the fastest-growing integrated communications firms in the U.S., yesterday released its monthly Twitter Valuation Analysis for the 2012 presidential campaign, with a special emphasis on the social media footprint of the Republican field following the suspension of Herman Cain’s campaign.

“Twitter abhors a vacuum,” said Wyeth Ruthven, a senior director at Qorvis Communications and author of the Twitter Valuation Analysis. “Interest in Cain’s Twitter account had already waned before he suspended his campaign, and other candidates are filling the void. Ron Paul has passed Rick Perry in Twitter followers to break into the top tier of candidates on social media. With less than one month until the Iowa caucus, Paul now has an online organization to get out his message. For example, his viral video attacking Newt Gingrich earned more than 196,000 views on YouTube in a 24-hour period.”

Among the candidates for president, former Utah Governor and U.S. Ambassador to China Jon Huntsman saw the largest percentage gains in followers since the previous Twitter Valuation Analysis on November 1. Huntsman increased his number of followers by 22.53 percent in the last month, while Ron Paul increased his by 21.06 percent. After leading the Republican field for two months in a row, Cain slipped to fourth place in monthly growth before suspending his campaign.

Qorvis compared the number of followers and frequency of tweets for President Barack Obama and the eight leading Republican presidential candidates. The number of followers and frequency of tweets were used to calculate an estimated number of impressions generated by each campaign Twitter account in the month of November. Qorvis compared the metrics of these Twitter accounts with the cost of a direct mail or online advertising campaign of a similar size and reach to calculate the monetary value of a campaign Twitter account.