In January, 2014 the Federal Reserve Bank Chairman Ben Bernanke ends his term.  In all likelihood he will not be asking to serve another term so who will likely fill that spot and what will that mean to you?  Will interest rates continue to be at historically low levels or will they rise to more market levels which could have a significantly bad influence on our economy.

Twenty or thirty years ago it was not exactly a hot topic around the dinner table to discuss who would serve as Chairman of the Federal Reserve.  In 1979 most Americans would not even have known the name Paul Volker let alone known that he would have a critical role in supporting the U.S. economies growth over the next decades.  But today with our twenty-four hour news cycle and an internet filled with information (some good some not so good), a greatly increased number of Americans knows the name Ben Bernanke and have a cursory understanding of the Federal Reserve. That’s not to say that Americans always know the truth about the Fed, but they at least know the Bernanke’s name. 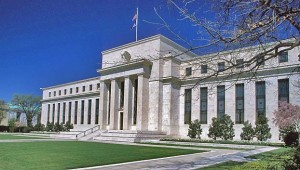 Who will take Over the Fed?

Ben Bernanke has been the Fed Chairman for as long as most of us can remember.  He led our central bank through the tumultuous time of 2008 and 2009 and for better or worse took lessons from the Great Depression and applied them to today.  For example, following the 1929 crash, the Federal Reserve Bank tightened up the money supply which in turn caused the economy to slow precipitously so rather than tightening, Mr. Bananke opened the flood gates.  His reasoning, yes we will have a little inflation but that’s better than an economic meltdown.  Love him or hate him that is the outcome we’ve experienced.

The new Chairperson then will enter a world with a conundrum that has hasn’t changed and remains severely problematic; keep interest rates at an artificially low or let market forces apply and

watch interest rates rise.  Inflation would be quelled as the dollar would strengthen and its purchasing power increase but at the cost of harming an already anemic economy.  The dilemma is furthered by the length of time the Fed has already been “priming the pump” and the continued behavior of our government spending more than it brings in less than it spends, thus creating much of the problem to begin with.

The likely candidates (at least as of today) include many academics like Alan Blinder of Princeton and some practitioners like Tim Geitner, U.S. Treasury Secretary or Larry Summers former advisor to Bill Clinton.  There is even a current Federal Reserve Vice-Chairwoman, Janet Yellen, up for contention.   The one thing all of the likely replacements share is that they are in ideological agreement with the current Chairman.  That is they support the notion of quantitative easing, or using increased liquidity to support the economy.  So what are the outcomes of this to you?

The Federal Reserve has two mandates on which it operates; price stability and full employment.  These two mandates are sometimes in conflict as full employment generally leads to price inflation and price stability can lead to underemployment.  In today’s world as seen by the Federal Reserve we have no inflation and underemployment so stimulus is required and that means more liquidity in the global financial system (low interest rates).  However, most of us in the real world recognize that inflation doesn’t exclude food and fuel for us as it does for the Fed but rather inflation is heavily influenced by those two things.  Today’s low interest world leads to reduced purchasing power of the dollar on one hand while on the other hand it stimulates the economy lest its anemic 1 ½% or 2% slip into recession.   There are, of course, other outcomes caused by this low interest rate environment like the penalty on savers.  In 1985 when I was a stock broker, an investor could retire on $300,000 and generate $50,000 per year.  Now, that same income requires a little over $5,000,000.

More than ever, our lives are dramatically influenced by the Federal Reserve and Washington rather than the private sector and as that is the case, we need to keep aware of who is running things and then plan our investments according to what their likely policies will be.  In the case of the Federal Reserve, my bet is that the soft-money policy of the past 8 years will be continued for the foreseeable future.

Beaman is President of the Society for the Advancement of Financial Education.  Contact info@USDailyReview.com for more information.