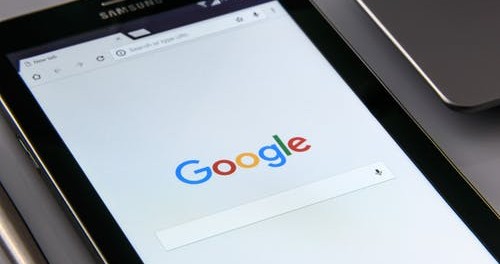 Google is the most influential company online today. Google’s search engine performs 63,000 searches a second. Its market share now exceeds 90 percent globally and is valued at $739 billion. Did you know it also has a very close relationship with the National Security Agency and Silicon Valley to identify cyberspies? Here’s why Google is one of America’s most important and scary companies.

Google has always had a reputation for elevating the user’s experience, and nothing is more critical today to this business practice than its search engine optimization (SEO) method. Think about the semantics of it. Nine out of 10 people choose Google for search queries, and companies turn to Google’s algorithm to figure out how to also attract their fair market share. It’s also one of the reasons why business leaders turn to companies like Smart Street Media San Jose to optimize their websites as Google takes a methodical approach to webpage organization and keyword planning. Their system is so particular that page relevancy is vital to search results.

Google’s infrastructure also dominates other search engines, so there is a higher degree of confidence in returned results, which is why the tech company is always trying to elevate its capabilities. Companies, in turn, continue to work with SEO experts to find ways to rank on Google’s first page since 95 percent of searchers tend to see what they need thanks to qualitative ranking practices. Business leaders understand how Google drives traffic and boosts sales, but they also recognize that Google attracts most of the digital marketplace, so SEO is a critical component that online marketers can’t ignore because of its search engine supremacy

Google as a Political Powerhouse

During the last decade, Google has become a political powerhouse as well. On one hand, Google is the gateway for many cyberspies and criminals to operate. On the other hand, it also has self-policing practices to find abnormal activity by its users. Such was the case in 2009 when Google engineers learned that China had accessed Gmail accounts, including those of Chinese dissidents. Upon closer inspection, Google found that it was much more than email admission.

Google soon learned that the hackers had accessed the coding of their users’ sign-in system, which infringed upon their intellectual property rights. Google then set out to get the evidence to pursue it legally, so they began to trace the intruders, which turned out to be a Taiwanese server that Google believed was under the control of Chinese hackers. Google then accessed the server, which the company knew was legally risky, but it was a risk worth taking for its users.

There is no law in hacking a hacker as Google did not steal any data. Google also went one step further and notified the United States government of one of the most widespread cyber espionage rings in history. Google’s investigation also uncovered several other companies who had been accessed, including tech companies Yahoo and Adobe. The fact that governments could not find these cyberspies and criminal factions, but Google could, speaks of their competencies.

Today, Google is on another level professionally as it is considered the premier go-to company for the United States government to protect public safety and domestic and international security.