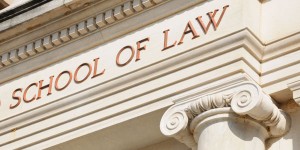 Law schools have seen a nearly 20 percent drop in applications nationwide, the Grand Rapids Business Journal has reported. The number of total applicants this year is expected to be equal to the number of admitted students in the previous year. Students must now more than ever consider the ROI of their educational debt against available scholarships and financial aid when it comes to law school. Below are three key factors in the recent decline of law school applications.

Law school enrollment peaked in 2010, according to the Washington Post. This phenomenon was most likely the result of the recession; law school was a logical place to weather the storm while building up a resume. But professors have lost patience with students who, on their parents’ recommendation or a whim, are considering a career in law. Two law professors from Yale are actually proposing a 50 percent tuition refund for students who drop out during the first year, according to the Hartford Courant. Students who struggle in introductory classes or doubt their commitment to this grueling field would be better served, in these professors’ opinion, avoiding the debt and moving into a different career path.

The spike in enrollment at the beginning of the decade saw many schools raising tuition costs due to high demand. This followed a 375 percent increase in private law school tuition between 1985 to 2009, according to U.S. News. Though students may use small business credit cards for supplies and textbooks, the majority of expenses must be saved to cover the exorbitant tuition. The high costs not only cause higher student debt, they have resulted in a somewhat classist atmosphere within the programs themselves. Around 80 percent of students believe their professors are not particularly understanding of different socio-economic backgrounds, according to a study in the Yale Daily News. Schools also tend to be deceitful about the likelihood of securing a high-paying job after graduation, leading CNN Money and others to argue that law schools are leading students into debt that will be very difficult to recover from.

Tuition costs alone can’t explain the decline in law school applications. After all, first-time applications to medical school reached an all-time high during this same period, AAMC noted. Though the cost and time commitment for a medical degree are nearly double that required for a law degree, a medical degree is more likely to lead directly into a career. The health care industry is suffering from a shortage of physicians, which will only worsen as the population ages. Demand for new doctors is high. Many law positions, on the other hand, have been filled by recent graduates following the admissions boom. Additionally, doctors are able to choose a specific field based on their interests, skills and the perceived needs of the nation.The closest equivalent in the legal field, according to U.S. News, is choosing a specialization in a field like international business law, a choice that acknowledges increasing trends toward globalization and may increase the odds of finding a job after graduation.

Law school graduates can no longer expect instant fortune upon graduation. The supply of lawyers far outweighs demand. Graduates will either need to go into business for themselves or be content with a career not directly tied to their degrees.