By Living Social, Special for US Daily Review. 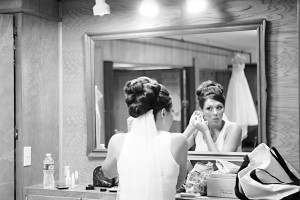 How good looking do you think you are?  A new LivingSocial local trends survey conducted among more than 4,000 respondents by Mandala Research found that most Americans think they are well above average in looks, with one in three (32%) rating themselves an 8, 9, or a 10 and more than half (56%) saying they deserve at least a 7, on a scale of 1-10.

“Beauty is in the eye of the beholder, apparently, as long as the beholder is looking in a mirror at the time,” said LivingSocial local trends expert Amy Wolf.  “When most Americans look at the people around them, however, they are less generous in their assessments.  Little surprise that cosmetic procedures and spa treatments have become a personal oasis to escape from the looks-driven arms race around them.”

Among findings of the survey:

America’s Most Insecure Cities:  The cities that gave themselves the lowest ratings in looks were:  Cleveland (last), Dallas(second to last), Detroit (third to last), Denver (fourth), Minneapolis-St. Paul (fifth).

The LivingSocial Vanity survey is part of LivingSocial’s ongoing efforts to discover and share information about local social trends and behavior.

LivingSocial helps people around the world find, share and enjoy great local deals and new experiences. We’ll help you get more out of your city. Through its daily deal e-mails and alerts, LivingSocial introduces members to handpicked local businesses, products or services each day at significant savings. With a range of products for different interests, like Families and Adventures, LivingSocial helps delight members with the perfect deal for them. Other services include LivingSocial Escapes, which features easy “vacations in a box” to leading destinations, and LivingSocial Instant, which helps members discover real-time discounts at nearby restaurants, stores and businesses. LivingSocial works with each merchant partner to create customized marketing solutions that attract and retain loyal, long-term customers. Based in Washington, D.C., LivingSocial now has more than 46 million members in 25 countries.