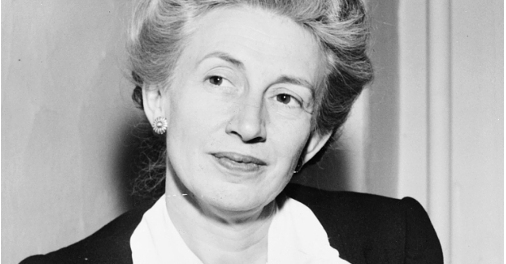 By Piedmont College, Special for  USDR

The name Lillian E. Smith may not conjure up the same memories as Selma, Alabama, and the March on Washington. But before the Civil Rights Movement of the 1960s, this former teacher and girl’s camp director in Clayton, Georgia, was shining a light on the evils of segregation and white supremacy in the heart of the Jim Crow  South.

An astute chronicler of Southern life, Smith’s contributions to social justice are remembered in a new book called “A Lillian Smith Reader,” which gathers more than 50 selections from her letters, columns, magazine articles, and books into a single volume. Published by the University of Georgia Press, the book was edited by Dr. Margaret Rose Gladney, professor emerita of American Studies at the University of Alabama, and Dr. Lisa Hodgens, professor emerita of English at Piedmont  College.

Smith’s first novel, “Strange Fruit,” burst onto the literary scene in 1944. The national best-seller tells the tale of a mixed-race love affair in a small Georgia town of the 1920s that ends in violence and the lynching of an innocent man. Reviled in the South and banned in cities from Boston to Detroit, the book even earned the wrath of the U.S. Post Office, which refused to deliver it until Eleanor Rooseveltreportedly urged F.D.R. to  intercede.

While “Strange Fruit” may be her best-known work, Smith began writing about race in 1937. She was one of the first white Southern writers—and certainly the first woman—to gain national recognition calling for an end to segregation. Smith would go on to write a number of non-fiction books, including “Killers of the Dream” in 1949, that helped spark the Civil Rights Movement in the 1950s and  ’60s.

But after her death in 1966, recognition of Smith’s work began to wane. Many of her papers and several manuscripts of unpublished books had been destroyed in a suspicious fire at her home on Screamer Mountain in northeast Georgia, and reviewers—in the South particularly—effectively censored her books by simply ignoring  them.

Smith’s works are now experiencing a Renaissance, however. “Strange Fruit,” which is still in print more than 70 years after publication, was made into a short-lived Broadway play in 1945. A version of the play more in line with Smith’s original script was recently revised by New York director Thom Fogarty and had its debut at Piedmont College in 2015. (Smith attended Piedmont in 1915, and the college now operates her former home as the Lillian E. Smith Center, an outdoor education center and artist retreat.) In her home state, Smith has been inducted into the Georgia Women of Achievement and the Georgia Writers Hall of Fame, and each year the Southern Regional Council presents the Lillian Smith Book Awards to writers focusing on issues of social justice and civil  rights.

Smith Biographer Anne Copeland said of “A Lillian Smith Reader,” “The American people now confront a variety of difficult problems, many of which were thought to have been ‘solved’ decades ago: discrimination based on race, sexual identity, and economic or social status; … Lillian Smith thought and wrote, often eloquently, about such problems. As this book demonstrates, much of what she had to say, beginning as early as the 1930s, is relevant to our contemporary problems. It also shows, however, that she was not just ‘a Southerner confronting the South’ but, equally, an American speaking to all of the American people about their past, present, and, no doubt, future  problems.”