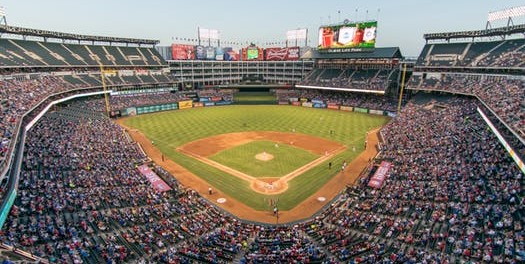 Baseball bettors can make a living by taking advantage of strong trends in the data before the latest baseball lines can adjust to them. The Major League Baseball season makes or breaks many bankrolls as the 162-game schedule lends itself to many patterns. For example, road underdogs have performed exceptionally well in 2018 when their starting pitcher has lasted four or fewer innings and given up five or more runs in his last start. Amazingly, bettors backing these teams with a $100 per game bet would already be up $430 through the season’s first four weeks, a solid pace. Trends can turn on you, however. A bettor of strictly road favorites would have accumulated over $2,600 in profits this April while the same bettor in April of 2017 would have lost over $1,300. It is more vital in baseball than any other sport to be on the good side of a MLB betting trend as they occur so frequently. Below we will discuss a few patterns that have emerged in recent years and the likelihood that they continue this baseball  season.

One such trend that rewarded bettors very nicely in 2017 was backing home underdogs in a divisional game who lost their previous game to a divisional opponent as a home favorite. Sticking with these teams throughout the season expanded bankrolls with an ROI of 18.5%. In fact, this trend has brought profits in every season but one since 2012. Losing to a divisional opponent while favored at home would seem very demoralizing. However, the numbers seem to suggest that rather than demoralize, these types of losses inspire as these underdogs won 55% of their games in  2017.

Get Hot to Stay  Hot

You will often hear analysts discuss how a team may not give their current opponent their full attention when they have a bigger game coming up, which can result in embarrassing losses. Interestingly enough, the numbers seem to indicate that MLB teams actually play better when a key opponent is up next on the schedule. Since the 2014 season, favorites who won their previous game and still have one more against a non-division opponent before facing a division opponent have an astounding ROI of 10.5%. In most sports, key games on the radar have a negative effect on performance. Why is baseball different? It could be that in a sport where you play everyday, teams like to get hot and build momentum before playing a key opponent as opposed to saving everything for that opponent. It helps that baseball is not as physically demanding a sport as football or hockey in which increased hustle and determination directly correlate to on-field  results.

Keep a Sharp Eye  Out

Many trends arise over the course of the marathon that is the MLB season. Do your research on a trend you would like to get behind to make sure it is not a fluke. If you can determine a plausible reason for a certain trend, feel free to hop on the train. Some trends, like the fact that teams who walked eight batters the previous game played very well in their next game over the 2017 season, are a fluke. Why is this? Because the correlation did not hold for seven or nine or ten walks, only eight. There was no tangible evidence that connected the previous day’s walk total to today’s performance. Stay on the positive side of trends, and beat the books before they can  adjust.