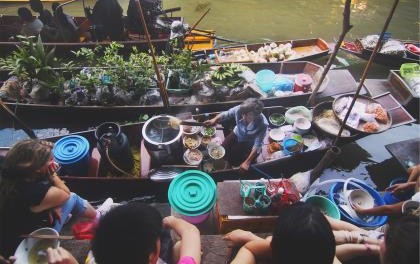 Children with a history of food allergy have a high risk of developing asthma and allergic rhinitis during childhood as well. The risk increases with the number of food allergies a child might have, say researchers from The Children’s Hospital of Philadelphia (CHOP) in a new study recently published in BMC  Pediatrics.

“Eczema, asthma and allergic rhinitis are among the most common childhood medical conditions in the U.S.,” said lead researcher David A. Hill, MD, PhD, an allergy and immunology fellow with an interest in food allergy. “Disease rates for these conditions seem to be changing, prompting a need for more information and surveillance.” Compared with previous reports, this study found higher rates of asthma and lower rates of eczema, a skin  inflammation.

In Philadelphia, asthma rates are among the highest in the nation, affecting one in five children. In this study, the researchers found an asthma prevalence rate of 21.8  percent.

The study is a retrospective analysis of the electronic health records of more than one million urban and suburban children in the CHOP Care Network from 2001 to 2015. The researchers divided the records into two cohorts: a closed-birth cohort of 29,662 children, followed continuously for their first five years of life, and a cross-sectional cohort of 333,200 children and adolescents, followed for at least 12 months. The patients were 48 percent white and 40 percent  black.

While prior studies have suggested patients with food allergies are at increased risk of developing asthma, those analyses were small and limited. This study is the largest to date to examine the characteristics of healthcare provider-diagnosed eczema, asthma, allergic rhinitis and food allergy in a pediatric primary care  population.

In the closed-birth cohort, the incidence of at least one food allergy between birth and age five was 8 percent, with the peak age of diagnosis between 12 and 17 months of age. The overall prevalence of at least one food allergy for the large cross-sectional cohort was 6.7 percent, in line with previously published rates. However, allergies to specific foods diverged from previous patterns. Allergies to peanut, milk, shellfish and soy were proportionately higher in the study population, while wheat allergy was proportionately rarer, and sesame allergy was higher than previously  appreciated.

The researchers said that further studies should examine whether the food allergy patterns they found are comparable to those found in other geographical  areas.

About The Children’s Hospital of Philadelphia: The Children’s Hospital of Philadelphia was founded in 1855 as the nation’s first pediatric hospital. Through its long-standing commitment to providing exceptional patient care, training new generations of pediatric healthcare professionals, and pioneering major research initiatives, Children’s Hospital has fostered many discoveries that have benefited children worldwide.  Its pediatric research program is among the largest in the country.  In addition, its unique family-centered care and public service programs have brought the 535-bed hospital recognition as a leading advocate for children and adolescents. For more information, visit  http://www.chop.edu