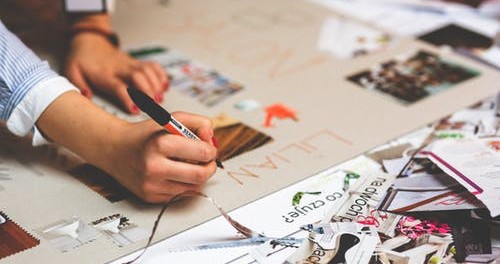 A debate has arisen between CNC machining to produce a part or a product and 3D printing as the new upstart technology. When considering what is the right choice for your project, it’s useful to look at different aspects of both technologies to see which will be most effective.

So, let’s start there.

When using CNC machining services, they utilize a computerized design and they create the finished object using subtractive manufacturing. This means the CNC machine takes the starting materials and then the machine removes the bits that are no longer needed. This creates a certain amount of waste product as a result of the subtractive process.

Because of the standardized nature of a design used with a CNC machine, essentially the same part can be produced and reproduced over and over. Depending on how much raw material is available, a CNC machine can be tooled up to produce thousands of the same part or final product as a successful production line.

The approach has pros and cons depending on your perspective. It’s certainly effective for mass manufacturing of certain parts where they must be produced to an exact size and specification, i.e. to fit inside another part and slot in place correctly. However, it also takes several days to prepare and tool up a CNC machine ready for the task, so they can sometimes be slower to get going compared to some other options. To better understand the setup time considerations, there’s more information on this here; RapidDirect offers CNC machining services, injection molding, and prototyping.

3D printers are being used to produce a wide array of different objects. They can also create basic models of entire products with a sufficiently intricate design to work from. They use additive manufacturing techniques, which leads to considerably less waste product.

Being the hot new thing on the block, sometimes companies look to use a 3D printer first above all else without considering other production solutions like injection molding, CNC machining, and other methods too.

While 3D printers can produce replicas of objects pretty exactly, they’re usually not as a precise as a CNC machine. Therefore, when a part must be produced within certain tolerances and made correctly to be usable, that’s typically far better suited to CNC machine than a 3D printer.

What About Creating Early Prototypes?

For people producing early mock-ups or prototypes and playing with different ideas, then a 3D printer is an interesting option.

A printer can take a digital design and produce a 3D physical version of it within a short period of time. The same cannot be said of CNC production. This is a major advantage with 3D printers for quick projects.

The question should come up though: Do you want to plan and test on a 3D printed product and then switch over to CNC prototyping later? Using this approach, it’s certainly going to be faster to run through several design ideas and eventual iterations before arriving on the final release version. But, it adds to the work involved later.

Any production issues can be figured out as the design is being created when using CNC manufacturing earlier in the process. This way, it’s known at that time whether the product or part is viable to produce that way. This is preferable in some respects when needing to possibly scale up production later where only CNC machining is viable and 3D printers will fall woefully short.

With CNC production, parts or whole products can be produced that are small or very large. Indeed, multiple parts can be made that work together to complete a substantial product or complex part.

With laser printers, they’re heavily restricted to what can be produced on the bed of the printer. As such, the size of the product or part is far smaller and more restrictive. This reduces the options for creating larger objects. It also slows down production because separate parts of the whole would need to either be made in a line of 3D laser printers or one after the other in a single printer. This likely will increase the production costs with large parts or products when going the 3D printer route.

For companies that wish to limit the amount of waste generated in their production facilities, CNC is the most wasteful by far.

The reason that CNC is more wasteful is that it creates the part from the material, which causes waste to accumulate (the material that’s been removed in the manufacturing process). By comparison, a laser printer produces the object layer by layer from a digital design. As a result, there is very little waste product during production.

In terms of whether 3D printing or CNC is right for you, that depends on what you’re trying to do and whether higher production volumes may be needed down the road. Each design, prototype, and future production is unique and needs to be examined carefully to determine the correct approach for that situation.