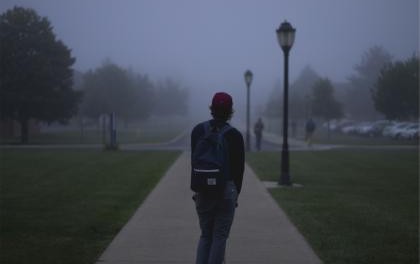 By EAB, Special for  USDR

Deciding on a major at the start of school and never switching is not beneficial for students, according to a new report released today by EAB.  In fact, doing so can reduce a student’s likelihood of graduating by more than five percentage points, the analysis  reveals.

Further, after the first semester, graduation rates remain remarkably stable regardless of when students declare their final major—even for students who switch majors their senior year.  Students who finalize their major second semester freshman year through senior year graduate at rates of around 83 percent, compared to a graduation rate of 79 percent for students who finalize their major the first semester of  school.

These findings contrast with conventional wisdom that students need to make a final decision on their college major as soon as possible—and that major switching is one of the top culprits reducing graduation rates and increasing time to  degree.

“Students’ interests grow and change during college, as evidenced by the up to 85 percent of students who switch majors,” saidEd Venit, Ph.D., Senior Director at EAB.  “The data show that students have far more flexibility to change their majors than many students, parents, and administrators assumed.  Exploration can be a positive growth experience that supports student  success.”

In fact, EAB researchers found that students who change their major in the fall of their junior year have the highest graduation  rate.

“Based on this analysis, our advice is for faculty and academic advisors to worry less about students picking their major right away and to focus more on helping students pick the major that is a good fit for them,” Venit  added.

Progressive colleges and universities, such as Georgia State University, are using data and analytics to provide students who might benefit from switching their program of study with personalized options based on their academic performance and career  ambitions.

“We work with students across their college careers to make sure they are on track to graduate in their current majors—and, if they are off track, to give them the tools they need to increase their chances of success,” said Timothy Renick, Vice Provost at Georgia State University.  “This entails identifying problems that students are having in coursework when they first emerge; connecting students with tutoring and other support services in a timely manner; and, when necessary, identifying alternative programs of study that align with students’ abilities and career interests so that they can achieve their  goals.”

The EAB report, “How Late Is Too Late?  Myths and Facts about the Consequences of Switching College Majors” features findings from a data analysis of 10 public and private institutions, ranging in enrollment from 5,800 to over 42,000.  Most schools were able to contribute at least six years of data, for a total research sample of more than 78,000 students.  The study only considered students who completed at least 60 credits to remove bias caused by high rates of attrition in the first and second  year.

About  EAB
EAB is a best practices firm that uses a combination of research, technology, and services to improve the performance of 1,100+ educational institutions.  A division of The Advisory Board Company, EAB forges and finds the best new ideas and proven practices from its network of thousands of leaders, then customizes and hardwires them into every level of member organizations, creating enduring value.  For more information, visit  www.eab.com.