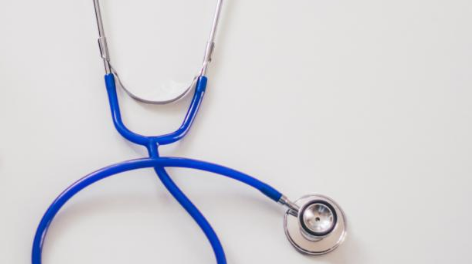 More than 200 hundred years ago, dentist Dr. Levi Spear Parmly became the first person to promote the daily use of dental floss. Dr. Parmly advised patients to use waxed silken thread to clean between  teeth.

Dr. Parmly was so adamant about floss being a necessary tool in oral care that he published a book, A Practical Guide to the Management of Teeth, which emphasized the importance of brushing and flossing  daily.

Fast forward 201 years later and the good doctor Parmly would be quite shocked to hear of the recent study claiming the benefits of daily flossing are  unproven.

The report, which was released by the Associated Press’ investigative unit, was the result of researchers examining 25 studies over the last three decades, which, according to the AP, showed little evidence that flossing was  beneficial.

“The majority of available studies fail to demonstrate that flossing is generally effective in plaque removal,” notes the  report.

However, in the report, a study from 2011 did credit floss with a slight reduction in gum inflammation, which can sometimes develop over time into full-fledged gum  disease.

The American Dental Association (ADA) has promoted the use of dental floss as part of a daily oral care routine since 1908 and there is no evidence the national body plans to change their tune anytime  soon.

“Although recent news reports have questioned the benefits of cleaning between your teeth, using an interdental cleaner (like floss) is an essential part of taking care of your teeth and gums,” states the Mouth Healthy website, a site established by the  ADA.

Following the controversial findings, the U.S. Department of Health and Human Services also issued a statement reaffirming their stance on the issue, citing flossing as “an important oral hygiene  practice”.

The AP report, which was released on August 2nd, also made headlines in Canada, as several media organizations picked it up. Needless to say, many oral health professionals in Canada also denounced the findings.  However, some cited the report as a good way to enliven the conversation about oral health  care.

“At least it gets people talking,” said dental hygienist Patti Shea. “I nag people all the time about flossing but now they are hearing it in the public, it’s just common  sense.”

The story’s saturation in Canadian press prompted The Canadian Dental Association (CDA) to voice their concerns that the report isn’t thorough  enough.

“Flossing is an effective preventative measure to remove plaque, the main cause of gum disease,” the CDA statement reads. “The weakness of the evidence supporting the value of floss in the prevention of gum disease is a reflection of the difficulty of conducting the necessary studies, not of the value of flossing for the maintenance of good oral  health.”

This sentiment is also echoed by Ontario dentist Mark Walker, who practices in Dutton, Ontario and continues to support daily flossing. “How can flossing not be good for your gums?” said Dr Mark Walker. “It is the only way to remove debris that gets lodged between  teeth.”

Dr Mark Walker went on to point out that gum disease and plaque have been linked to heart disease and a host of other long term health  concerns.

“Flossing prevents the buildup of plaque which we know is harmful for the entire body,” he  said.

Ultimately, while the AP report may claim little benefit, it also didn’t cite any negatives from daily flossing, and considering how costly dental procedures can be, spending a few dollars on floss to prevent plaque buildup and gum disease is well worth the  investment.

The report, which was released by the Associated Press’ investigative unit, was the result of researchers examining 25 studies over the last three decades, which, according to the AP, showed little evidence that flossing was  beneficial.