By Disney, Special for  USDR

Disneyland Resort tonight premiered a spectacular new nighttime parade and innovative fireworks-and-projection show for the “Disneyland Diamond Celebration” that marks 60 years of magic at the Happiest Place on  Earth.

Tomorrow, the event officially opens to guests, starting with a 24-hour party at Disneyland and Disney California Adventure parks that serves as a kick-off to Diamond Celebration and to the summer family travel  season.

For six decades, the Disneyland Resort has explored the frontiers of immersive storytelling and entertainment technology, bringing exciting attractions and inventive entertainment to life for guests from around the  world.

“Few companies have both a legendary past as well as a limitless future,” said Bob Iger, chairman and CEO of The Walt Disney Company.  “But we had the great fortune to be founded with a spirit of creativity and innovation — one that continues to define this phenomenal company, allowing us to keep moving forward to meet the future without ever losing sight of who we are and where it all started.  We’re thrilled to usher in Disneyland’s Diamond Anniversary and celebrate the triumph of imagination in a place where dreams really do come  true.”

A glittering new parade, new fireworks spectacular and all-new “World of Color” show raise the bar, once again, on creativity and entertainment technology, keeping the Disneyland Resort and its guests forever  young.

The three, electrifying new shows will premiere on the night of May 22 during the 24-hour party – 6 a.m. Friday through 6 a.m. Saturday, May 23* – along with the many other magical features that will make the Disneyland Resort sparkle as never before during its Diamond  Celebration. 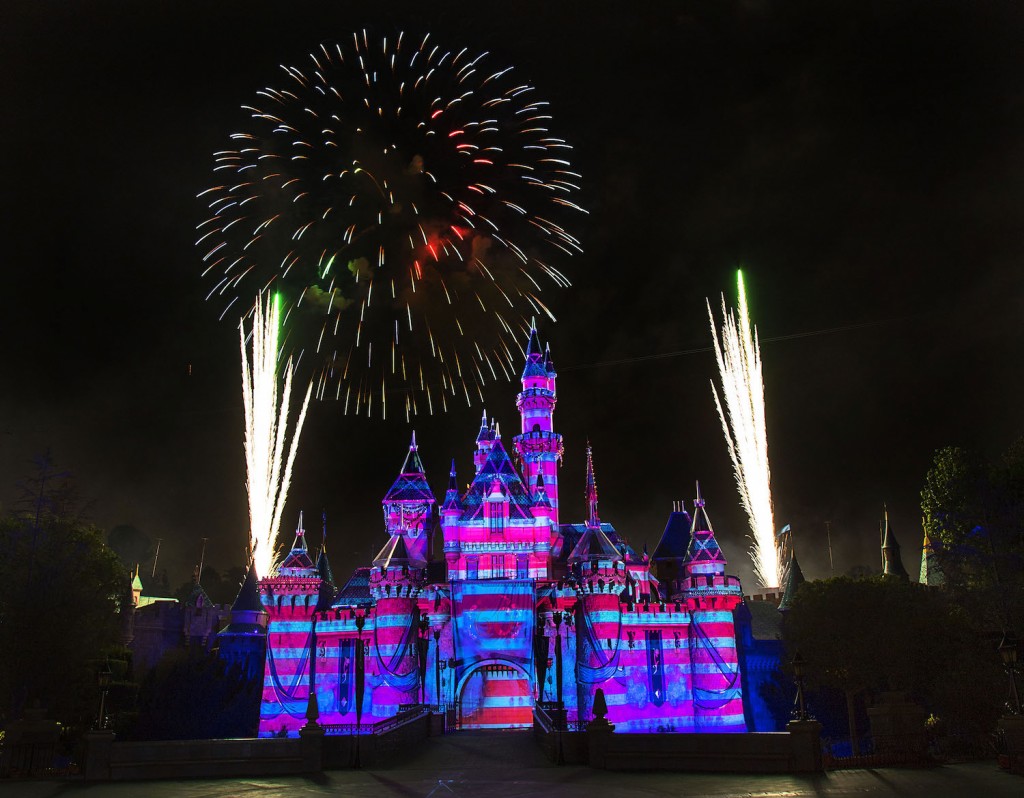 Disneyland Diamond Days** – an exciting text-in-for-a-chance-to-win sweepstakes – will award daily and weekly prizes as part of the Diamond Celebration. Weekly prizes include a one-carat, authentic diamond, custom engraved for Disney, paired with a stay in the Disneyland Dream suite; a clear, crystal Cinderella slipper, with a diamond-and-topaz pendant, and private experiences in the park such as a party in Fantasyland or a romantic cruise aboard the Mark Twain Riverboat. The available prize will vary each  week.

Daily prizes also will be awarded during the Diamond Celebration, and each daily prize package for that day includes an individualized tour of the parks with dining, preferred access to select attractions, and VIP viewing at some of the dazzling, new nighttime  spectaculars.

Daily prize winners must be present on the Disneyland Resort premises at the time of entry and at the time of prize redemption in order to be able to enjoy these special experiences and theme park admission is not necessary to enter or win the sweepstakes. Further details may be found at Disneyland.com/Diamond  Days.

In addition, Mickey Mouse and some of his friends have dressed up for the celebration in sparkling, new Diamond Celebration costumes, and the iconic Sleeping Beauty Castle in Disneyland and Carthay Circle Theatre in Disney California Adventure glisten with gleaming veneer and diamond  medallions.

Ingenious new window displays will begin appearing at the Main Street Emporium in Disneyland, providing some additional Diamond Celebration surprises, and even the resort cast members, who help make the magic for every guest, have a bit of extra sparkle in their Diamond Celebration name tags. To add to the fun, Disneyland attractions undergoing regular refurbishments – Haunted Mansion, Matterhorn Bobsleds and the newly re-themed Grizzly Peak Airfield – will reopen with new magic added to the classic experiences. An enhanced Peter Pan’s Flight will open later this  summer.

Entertainment, Dining and Shopping Experiences Add to the  Celebration

Restaurants and food carts in Disneyland and Disney California Adventure offer new drinks and cupcakes specially created for the Diamond Celebration. Later this summer, drinks will be available in “Made with Magic” sippers which light up to accompany the new after-dark shows. Additional “Made with Magic” merchandise items – newly designed ear hats, wands and paint brushes – also will be available for the  celebration.

More than 500 special merchandise items have been created for the Diamond Celebration, including apparel, accessories, art, collectibles, headwear, home decor, jewelry, pins, souvenirs, toys and more. They can be found at shops throughout Disneyland Resort, including Disney Showcase and Main Street Emporium in Disneyland, Elias & Co. in Disney California Adventure, World of Disney in the Downtown Disney District and  more.

The Diamond Celebration invites resort guests to experience the dawning of a new era of Disney magic while enjoying the memory-making magic that has always been at the heart of a Disneyland Resort visit. Now, more than ever, Disneyland Resort is the place where dreams come  true.