Highlights from this year’s Invitational Showcase include:

“Honda congratulates the bands that participated in this year’s Invitational Showcase, and thanks all of the schools, students, alumni and fans who joined us to celebrate these amazing student musicians,” said Stephan Morikawa, Assistant Vice President, Corporate Community Relations, American Honda Motor Co., Inc. “Honda is proud that the Invitational Showcase truly helped students realize what Honda calls The Power of  Dreams.” 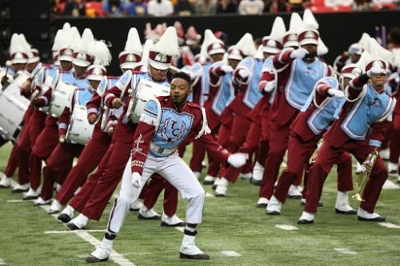 The following eight bands performed at the 13th Annual Honda Battle of the Bands Invitational Showcase. Each band received a$20,000 grant from Honda for their school’s music education  program:

Tune-in March 21-25, 2015 as Honda hosts the 26th installment of the Honda Campus All-Star Challenge (HCASC) Nationals inTorrance, CA. HCASC is a unique academic competition that celebrates, supports and recognizes academic excellence at HBCUs. Since 1989, Honda has touched more than 100,000 students through HCASC. Learn more at  http://www.hcasc.com/

Connect with Honda Battle of the Bands on Social Media

For highlights, connect with Honda Battle of the Bands on social media using  #HBOB.

For more information on Honda Battle of the Bands, visit HondaBattleoftheBands.com.

Honda’s long-standing commitment to the support and success of the nation’s Historically Black Colleges and Universities (HBCU) began more than 25 years ago with the establishment of the Honda Campus All-Star Challenge, a program designed to showcase the academic gifts and prowess of HBCU students. American Honda began its support of Honda Battle of the Bands more than 13 years ago as an effort to support HBCU music  programs.

Honda seeks to be a company that society wants to exist, creating products and technologies that improve the lives of people while minimizing the environmental impacts of its products and business operations to ensure a sustainable future for society. Honda is also committed to making positive contributions to the communities where it does business, to socially responsible business practices and to the promotion of diversity in its workforce. From our involvement in STEM education and HBCUs to our support of pediatric brain tumor research, and support of volunteer efforts by Honda associates, including environmental clean-up activities, Honda believes in giving back to communities where it does business. Find out more at  csr.honda.com.