By ACLJ, Special for USDR 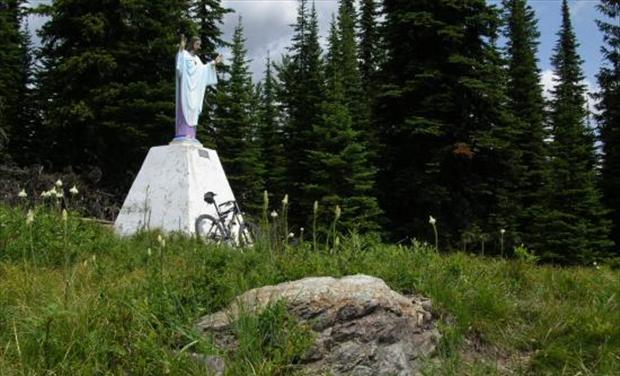 The American Center for Law and Justice (ACLJ), which focuses on constitutional law, today filed an amicus brief urging the U.S. Court of Appeals for the Ninth Circuit to uphold a lower court decision that cleared the way for a statue of Jesus to remain as part of a World War II memorial on a Montana mountain.

In its amicus brief, posted here, the ACLJ represents itself along with 20 members of Congress and nearly 115,000 Americans.

“The history and heritage of our nation should not create a constitutional crisis,” said Jay Sekulow, Chief Counsel of the ACLJ. “The lawsuit challenging this memorial was deeply flawed from the start and a federal court correctly dismissed it last summer. Now, the atheist organization is appealing. This is nothing but another attempt to manipulate the constitution. The fact is – this memorial honoring the men and women of WWII – is not only an integral part of the history and heritage of this area, but is without question constitutional. We’re hopeful the appeals court will make that determination as well.”

In June 2013, a federal district court dismissed the suit filed by the Freedom From Religion Foundation (FFRF) – concluding the memorial did not violate the Establishment Clause of the First Amendment.

The atheist group filed suit calling the memorial “a ruse and a sham” and demanding the National Forest Service remove the display. A federal judge rejected that argument by concluding that “The statue does not convey to a reasonable informed observer that the government, rather than a private party, endorses Christianity over any other faith or the absence of faith.” The judge added: “[T]he Court finds that the renewal of the Special Use Permit does not constitute a government endorsement of a religious message and thus does not violate the Establishment Clause.”

Part of a war memorial on Big Mountain at Whitefish Mountain Resort in Montana since the 1950s, the statue was inspired by monuments the soldiers – who were also members of the Knights of Columbus – saw in the mountains of Europe during the war.

In the brief filed with the appeals court, the ACLJ contends that the lower court was correct in its finding and urged the 9th circuit court to keep the memorial in place.

According to the brief, the ACLJ argues that “. . . the Knights of Columbus’s Memorial has remained an established part of the Whitefish Mountain ski resort for sixty years. There is no evidence of any impermissible purpose on the part of the National Forest in granting the permit. . . .the Memorial is not the site of religious services, and its ski resort setting does “not readily lend itself to meditation or any other religious activity.” Van Orden, 545 U.S. at 702; see generally ER 388-94. The Memorial is secluded and not easily accessible to the public. It is nowhere near any government structure, and was intended to be and is now seen as a historical landmark honoring WWII veterans. No reasonable observer would discover in it a government endorsement of religion.”

Led by Chief Counsel Jay Sekulow, the American Center for Law and Justice focuses on constitutional law and is based inWashington, D.C. and is online here.