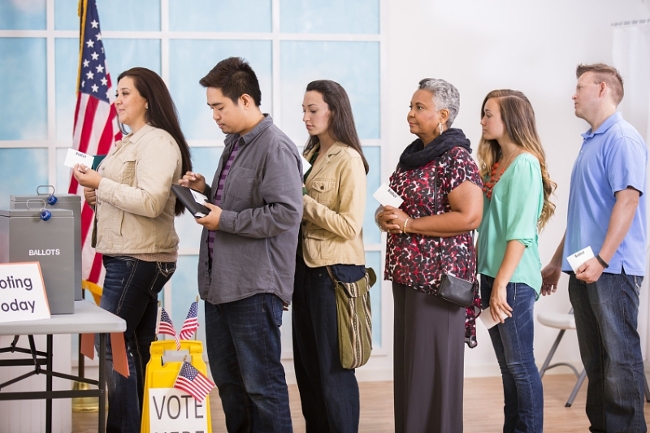 By Web-Impac, Special for  USDR

We check our health with iFit, secure our homes with a cell phone, strengthen or end relationships via social applications and even have cars that can drive themselves.  Yet when it comes to one of the most important things we do in our lives; the election of our political leaders; we relegate the process to an old-fashioned and outdated system that uses pen, paper and human intermediaries.  Is it time to let the paper ballot system die a graceful  death?

With an entire generation focused on the Internet and surrounded by all an abundance of high technology; two questions demand to be answered: (1) In this Digital Age of Technology, why is our Voting process stuck in an Analog world and (2)Could Internet Voting increase participation in the American election  process?

While it is true that Voter technology in America has not made any significant advances since the 1800’s, it is of equal concern that, according to PEW Research, the United States ranks thirty-first (31st) among the worst countries where its citizens do not exercise their right to  vote.

“Voter access is a huge problem for many American voters,” saysEric Robinson, Chief Strategic Officer for Web-Impac, the Internet software branch of Hampton Bates Public Relations, who specializes in voter software.  “If people could vote from their computers, smart phones, and other mobile devices, we will see a significant increase in voter turnout; possibly as much as Ninety percent  (90%).”

Web-Impac is hosting a straw poll on the Internet atwww.votethisorthat.com to show how easy Internet voting can be.  Robinson, who is responsible for overseeing software development, said: “It is a small example of what could be done.” Robinson added “Actual election-software can be equally easy to use on the front end by the voter.  However, it is significantly more complicated on the back end of the software, and designed specifically for government  municipalities.”

The groundbreaking straw poll “Hillary Clinton versus Donald Trump” was opened to the public earlier this month with an overwhelmingly energetic response from website  visitors.

Much like the contentious, real world campaigns of the presidential front-runners, the race is neck-and-neck with the erudite, and flamboyant Donald Trump is currently maintaining a slim 447 votes lead over the clear-headed and thoughtful, Hillary Clinton. The straw poll will close on September 30, 2016, and the winner of The World Votes will be announced a week  later.

“The World Votes” is the first expansive, worldwide straw poll to combine both domestic and foreign votes.  “The entire world has a vested interest in who becomes the next President of the United States,” says Jacqueline Knight, Vice President of Marketing for Hampton Bates.  The world closely watches the American election knowing who America elects can influence the world markets, stabilize or destabilize world peace, and set the tone for global  diplomacy.

Web-Impac is inviting the media, businesses and organizations interested in Internet Voting to attend “The World Votes” Press Conference at the Boston Harbor Hotel at 11:00 AM on July 26,  2016.

“We hope to have a lively impromptu open discussion on how we can improve voter participation in America, all ideas are welcome,” says Knight.  “Web-Impac is a neutral software company neither Republican nor Democratic: we are Americans first.  We just happen to be producing a technological solution to make voting easier for  everyone!”