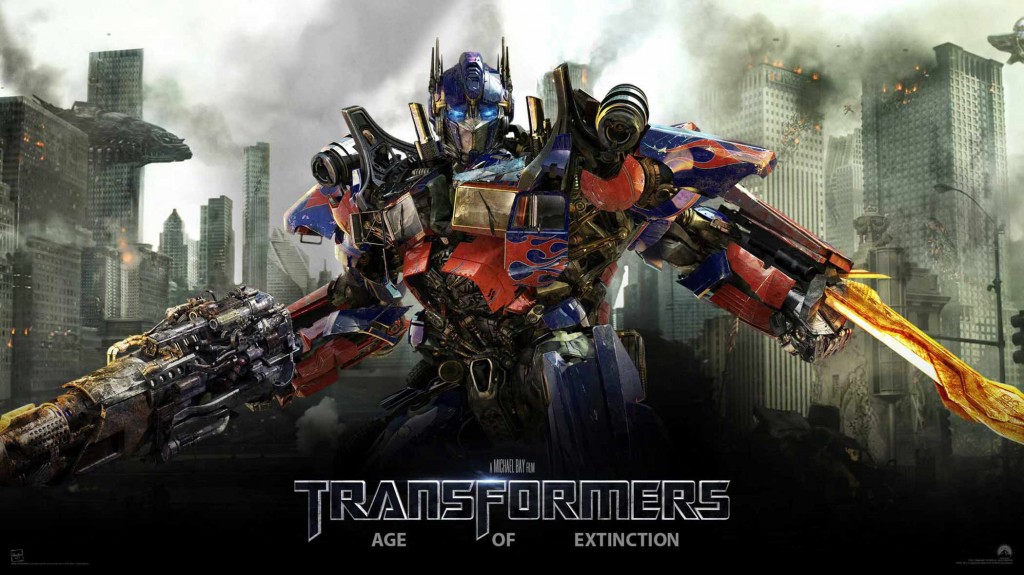 Yeah, you saw that number. Two hours and forty-five minutes of running, almost dying, and explosions. Sadly, that is 165 minutes I’ll never get back. In short, A CIA black ops commander (Kelsey Grammar) has decided ALL aliens are bad guys, including the Autobots. Oddly, he’s working with a transformer bounty hunter whose sole job is to get Optimus Prime and take him back to his creators.

My husband and I both agreed, and he is a Transformers freak, that there were far too many bad guys and the movie was entirely too long. Ninety minutes would have sufficed. There are movies that are worth a three to four hour runtime, this is not one of them. Really, you can only blow up so many things and destroy so many cities. But let’s get back to the bad guys: CIA Black Ops commander, greedy Corporate CEO, Black Ops team, Decepticons, Megatron, Transformer Bounty Hunter, new corporate-made transformers, not to mention, all the cops who blindly respond to the Black Ops commander. Everyone, everywhere is trying to kill Wahlberg, his daughter and her boyfriend, and the Autobots. Seriously, it was just too much.

Then they blew up Wahlberg’s farm, Chicago (again), and then moved on to Hong Kong to wreak havoc there. One particularly scene triggered my height-induced vertigo. Not used to THAT happening in a theater, but there you have it.

Finally, toward the end of the movie, the Transformer Dinosaurs finally showed up. I have to admit, that part was very cool, all twenty minutes of them.

The special effects and cinematography were over the top good. The script was laboriously long. The director, a man I usually admire, and the editor need a little refresher course in what the editing process is for. And the scriptwriter needs to go over the architecture of writing again. In all seriousness, I cannot give Transformers: Age of Extinction more than 2 out of 5 stars, and that’s being generous. I suspect had it been ninety minutes instead of two hundred and forty-five minutes, I might have liked it more and been willing to give it another star, possibly.