Natalie Morales, TODAY show News Anchor and Third-Hour Co-Host, and Erica Hill, Weekend TODAY Co-Host, hosted the 12th Annual MORE/FITNESS/SHAPE Women’s Half-Marathon in New York’s Central Park on Sunday, April 19, 2015. Morales and Hill completed the race in an impressive 1:38:59 and 2:06:52 respectively. More than 7,403 women from around the world took part in the event—one of the largest women’s-only half-marathons in the country—presented byMORE and SHAPE magazines in partnership with the New York Road Runners (NYRR).

Morales and Hill kicked off the event early on Sunday morning, cheering on the runners ahead of the 13.1-mile  race.

“It’s such a powerful group of women,” says Morales. “Everybody here has a story. It’s women supporting women all along the way, so whether you’re a first-timer or a many-timer, this is the perfect  race.”

Commenting on the unique energy of the event, Hill says, “I love the fact that anybody can be a part of this—you can walk it, you can run it, and you will most certainly be  inspired.”

U.S. Olympian Deena Kastor raced to a first-place finish for the third consecutive year, finishing in a time of 1:12:51. The mark fell shy of her own event record time of 1:11:38, which she set in 2014. But the victory follows a monumental year for Kastor, in which she shattered the world masters half-marathon record at the Philadelphia Rock ‘n’ Roll Half Marathon in September, at the age of  41.

“My favorite part of coming back to this race year after year is seeing 10,000 women taking over the park and celebrating the empowerment that this sport can bring us,” says  Kastor.

Following Kastor to the finish line was Jeanna Composti of the New York Athletic Club, who took second place in 1:21:37, and Fiona Bayly of Urban Athletics, who took third place in  1:22:25.

Ivanka Trump also took to the course to run her first half-marathon, finishing in 2:11:03. “I started training alongside my team six months ago,” says Trump. “I could barely run a half mile. When you think about it, running tends to be a metaphor for life. Like many things, you get out of it what you put into it. Crossing the finish line yesterday, alongside my sister-in-law Nikki and with my entire team, was the most incredible high. It was a fantastic  experience.”

In addition to promoting women’s empowerment, this year’s event also addressed the impact of climate change and the importance of sustainability. In celebration of Earth Day and MORE magazine’s May climate change issue, this year’s Women Run the World™ program honored two women making a difference in this field:Pamela Alabaster, the Vice President of Global Corporate Responsibility at The Estee Lauder Companies, and Marguerite Lauter, the Regional Advocacy and Global Partnerships Coordinator at  CARE.

“Pamela and Marguerite embody the spirit of this race and our Women Run the World theme,” says Lesley Jane Seymour, Editor-in-Chief, MORE. “They, along with the 10,000 runners here today, demonstrate that all women, no matter their shape or age or size, can change the  world.”

“There’s nothing more inspiring than watching thousands of women flooding Central Park at sunrise to run in support of fitness and health,” says Elizabeth Goodman Artis, Editor-in-Chief, SHAPE. “No other event shows the spirit of girl-power like this  race.”

Following the event, race participants enjoyed samples and activations from product sponsors Healthfull® by Arnold/Brownberry/Oroweat®, Hoka One One, MorningStar Farms and Natalie’s Orchid Island Juice Co., and charity partner CARE, a leading humanitarian organization that empowers women and girls around the world. NBC’s TODAY served as the event’s official media partner, Bloomingdale’s served as the retail partner, and RoC served as the gift bag sponsor. The MORE/FITNESS/SHAPE Women’s Half-Marathon also teamed up with Athletes for a Fit Planet to enhance efforts to produce an environmentally responsible event by committing to their Pledge of  Sustainability. 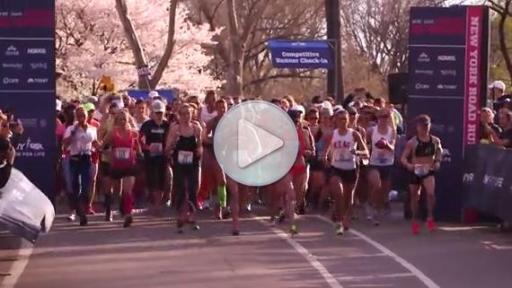 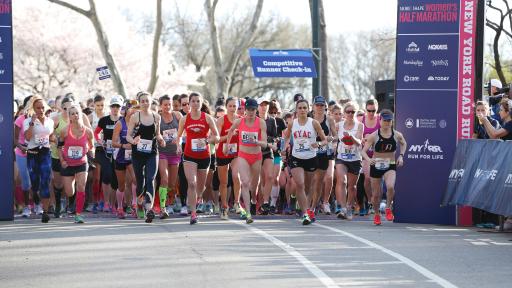 Event Hosts at the Start Line 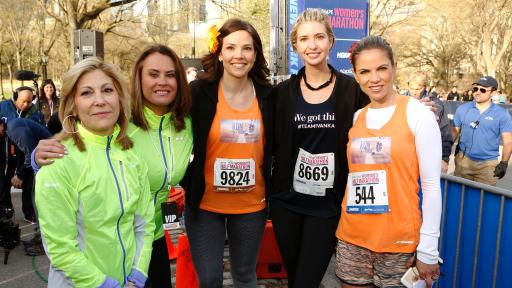 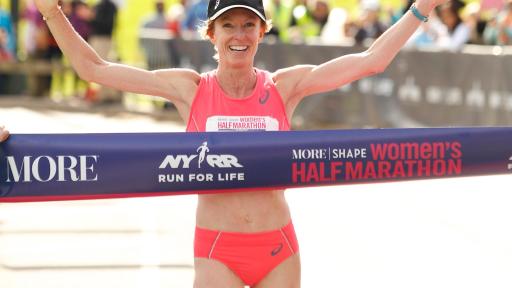