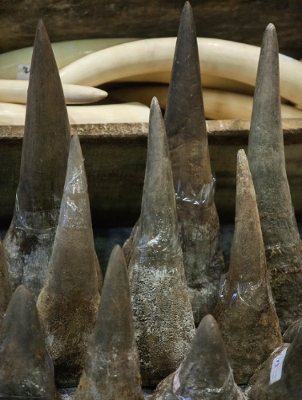 The International Rhino Foundation (IRF) and Save the Rhino International (SRI) released a joint statement calling synthetic rhino horn trade ineffective at reducing the rising demand and sale of authentic rhino horn in Vietnam and China and, instead, potentially counterproductive in curbing the current poaching crisis that threatens rhino species with  extinction. 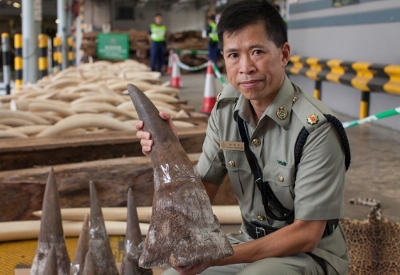 “Synthetic horn could lead to more poaching because it increases demand for ‘the real thing,'” said Susie Ellis, executive director of IRF. “Production of synthetic horn encourages its purported medicinal value, even though there is no scientific evidence to support that. If real horn doesn’t work, why would an alternative be  effective?”

The groups argue that artificial horn compromises law enforcement’s ability to detect the difference between synthetic and illegal real horn, especially if sold as powder or in manufactured products like beer or skin  cream.

Conservationists agree that new ways to solve the poaching crisis are critical, but proven methods have the best chance of success. In the 1990s, the threat of US government economic sanctions under the Pelly Amendment helped to stop the horn trade in Korea and Taiwan. Tried-and-true efforts — including increased numbers of highly-trained, fully equipped rangers on the ground; coordination with local communities to inform authorities about poaching; moving rhinos to more secure areas; and demand reduction campaigns in consumer countries — provide the greatest  hope.

“We want to decrease demand, not invest in potential extinction by introducing new products,” Ellis said. “Poaching won’t be the sole cause of rhino extinction. It will result from multi-faceted, interacting events, even those that may initially sound harmless, such as the development of synthetic  horn.”

Read the full joint statement on synthetic rhino horn from IRF and Save the Rhino. Learn more about effective ways to stop rhino  poaching.